Drug addiction is one of the world’s most destructive conditions, but there’s not really that much news about it. The media largely overlooks this cause of death and ruin. Newspapers may occasionally run a story about a local person who died, usually a young person, or about a new trend in drug abuse. But the millions of people who lose all happiness, who suffer financial and physical ruin, whose families abandon them, seem almost to be shoved into some dark corner.

These are the addicts who are driven to abuse opiates, methamphetamine, powder or crack cocaine. Or those who swallow prescription pills – always looking for another doctor to renew their prescriptions. This is the person who started smoking marijuana decades ago and can’t picture what life would be like without it. This is the alcoholic who not only constantly struggles to keep body and soul together but also makes life miserable for his wife and children. 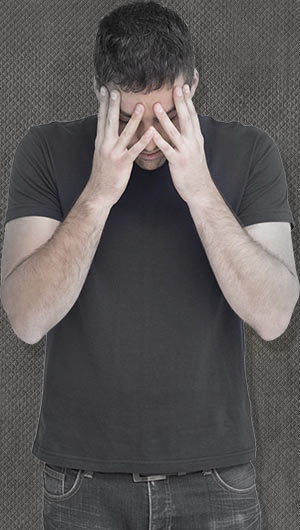 Many of these addicts have taken themselves far away from their families and any hope of help. But there are still some families who refuse to give up. They look for the rehabilitation program that will finally put an end to the tragedy. These family members have the undying hope in their hearts that they can have that person back in their lives again, the way he was before drugs stole him away. Get help now. Call 800-468-6933

It could be the mother, father, a sibling, or grandparent. Sometimes an employer wants to salvage a person who has been important to the company. Children seek help for a parent. Despite the neglect of the media, these voices are calling out in every corner of the world, asking for help.

Adding Up the Numbers

How many families are struggling with this problem? In the US alone, tens of millions. In 2010, the Substance Abuse and Mental Health Services Administration estimated that there were more than 23 million people in need of drug rehab for either prescription or illicit drug or alcohol addiction. Actually, these days, most people use a variety of drugs, mixing stimulants with opiates or combining a painkiller with a benzodiazepine and a muscle relaxant. Whatever other drug they are abusing, many people add alcohol or marijuana to the mix. Get help now. Call 800-468-6933

Only about one person in ten who needs help will get it. Many of the people who do get help will try a 30 day program. Awareness is coming up, however, of the fact that addiction recovery simply takes longer than a month. The Los Angeles Times reported that more and more private programs are shifting their programs to permit people to stay longer. This trend intensified after the National Institute on Drug Abuse published their Principles of Drug Addiction Treatment, recommending longer programs.

The drug rehab program at Narconon Arrowhead uses unique technology which gets to the source of the problem. The program takes on average eight to ten weeks and provides a path for long-term success. Get help now. Call 800-468-6933

When a person is addicted, they are very often reaching for a single drug or a combination of drugs that can kill them. Opiates, benzodiazepines and alcohol all slow the breathing rate. When a person mixes all three drugs, they can stop breathing in their sleep. The companions of a person who has drunk too much or mixed drugs like this sometimes put their friend to bed, thinking they are doing him a favor. By the time they realize he has stopped breathing, it is too late.

The Drug Awareness Warning Network collects information from hundreds of counties to monitor drug-related causes of death. Per every 100,000 people living in these areas, the 2010 rate of drug-related death varies from a horrifying high of 60 in Beckly, West Virginia (most cities have rates between 5 and 20) and a low of zero in Vernal, Utah. A quick look at a Beckley news service shows arrests for methamphetamine sales, marijuana possession, public intoxication and opiate painkiller theft. Get help now. Call 800-468-6933

A New Way to Die

In 2010, a new and deadly threat appeared in the drug addiction scene. It started when the painkiller OxyContin became a very popular drug of abuse because of its powerful formula. When taken per a doctor’s recommendation, the drug would be released slowly in the body and would provide long-lasting pain relief for someone who suffered severe chronic pain. The word got out that it was very easy to circumvent the time-release formula and release the drug into one’s body all at once. It was said to provide a high similar to that of heroin, as OxyContin and other painkillers are opiates just like heroin is. Get help now. Call 800-468-6933

An entire industry arose as unscrupulous doctors opened clinics whose sole purpose was the lucrative distribution of a high volume prescription drugs with few questions asked and no examination.

Internet pharmacies provided other people with drugs, many not requiring any prescription or examination. Young people wanting to party bought drugs – and sometimes overdosed. Some legitimate pain patients whose tolerance to the drug meant that they needed a higher dosage just to function turned to crime when they could not get enough of these addictive painkillers anywhere else. Get help now. Call 800-468-6933

So the drug formulations began to change in 2010. First, OxyContin became tamper-resistant. Opana, another strong painkiller, followed suit. More companies are working on revising their formulas as well.

But this formulation shift only drove those with a taste for opiates to the streets to buy heroin. If they had the back luck to buy a bag of heroin that was far more potent than they expected, they could easily overdose. And sure enough, newspapers began carrying stories of a resurgence of heroin abuse and overdoses.

That is the nature of addiction. Cravings for addictive substances become so compelling that it is hard for a person to even stop and think about getting sober. 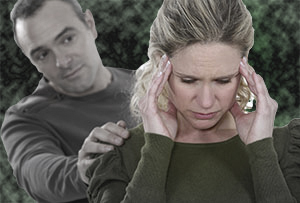 No one wants to be an addict, however. No matter what they say. They may have no hope that they can ever get sober. They may feel that if drugs are the only thing making life tolerable now, it would be intolerable if they stopped. Many addicts have completely given up on themselves and feel they are not worth helping. Get help now. Call 800-468-6933

What makes their despair more tragic is when you see someone who absolutely had no hope and who was lost in the depths of addiction for many years – and then see them bloom when they finally complete an effective rehabilitation program like the one at Narconon Arrowhead. One man had been a heroin addict in California for the best part of forty years. He had lived on the streets for much of this time, and had no hope of ever seeing sobriety again. His brother did not give up on him and finally found the Narconon Arrowhead rehab program for him and helped him arrive. Even this man found lasting sobriety when he completed this long-term rehab program. He went on to find great joy in helping the younger participants get through this rehab program.

Addiction is Far Too Easy to Fall Into

With today’s drugs, it may only take a few mistakes in judgment to become addicted. Some people have said that after one use of a strongly addictive drug, they were hooked. The cravings drove them back to use the drug again and then again and then they were fully addicted. This has often been said of opiate painkillers, Ecstasy, methamphetamine and crack cocaine.

When a person becomes addicted, his whole life begins a major shift. It doesn’t happen overnight, but it grows as long as he continues to abuse the substances he is becoming addicted to. Some people being interviewed about their time spent addicted described the cravings as making them so crazy, all they could think about was getting more drugs. Satisfying cravings became as vital as breathing or eating when they were starving. It is very hard for a family to understand why their son, mom or dad has changed so much, why the pills or drinks are more important than anything else. If a person has never been addicted, it is very hard to grasp. Get help now. Call 800-468-6933

The grip of addiction is so strong that to succeed at rehab takes a powerful program that takes accurate aim at the exact reasons for that addiction. The Narconon Arrowhead program is long enough and accurate enough to succeed where many others fail. Since its founding decades ago, the Narconon program has been expanded and enhanced until it reliably achieves remarkable success. Its success is measured by the number of graduates to remain drug free, who return to school or work, who maintain good relationships with family and who are crime-free.

The awful grip of addiction explains why so many people need far more than even the best support group can offer. Some people are not capable of being rational when the cravings hit. The long-term, residential program at Narconon Arrowhead is just what is needed. Get help now. Call 800-468-6933

According to the World Health Organization, more than two million people worldwide lose their lives each year because of alcohol abuse and addiction. Eliminating addiction to alcohol and other drugs would save millions of lives each year. Just as importantly, it would restore the a high quality of life to the addicted and those close to them. Children would get caring parents back, mothers and fathers would get their beloved children back. This is a valuable service that Narconon Arrowhead is very glad to offer. Get help now. Call 800-468-6933
http://www.who.int/substance_abuse/publications/global_alcohol_report/en/