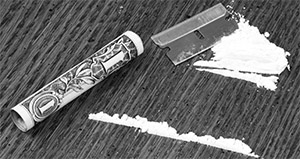 Cocaine is derived from the leaves of the coca plant. Cocaine is a stimulant that affects the user’s central nervous system, as well as an appetite suppressant. Its effects can last any were from 15–30 minutes up to an hour; depend upon how the cocaine is administered. The cultivation, possession, and distribution are illegal for non-medicinal and non-government sanctioned purposes in almost every part of the world. Even though it is a Schedule I substance and is illegal; its use worldwide remains widespread in many cultural, social, and personal settings.

Cocaine increases feelings of well-being, alertness, euphoria, energy and motor activity, feelings of sexuality, and competence. Cocaine is popular when it comes to athletic performance. The user may feel that he or she has “enhanced” abilities in sports where endurance and sustained attention are required. Paranoia, anxiety and restlessness are also frequent with excessive dosage; convulsions, tremors, and increased body temperature are also observed. Studies have shown that occasional cocaine use does not typically lead to severe or even minor physical or social problems.

How is Cocaine Used?

Smoking, injecting, and snorting are the 3 most common routes of administration. Smoking also known as “free base” or “crack” involves inhaling the cocaine smoke or vapor into the lungs, where it is then absorbed into the user’s bloodstream. The effects are felt almost as rapid as it is by injection. Injecting is the use of a hypodermic needle to administer the drug directly into the user’s bloodstream, which in turn goes straight to the brain. Snorting is the process of inhaling cocaine powder through the nasal cavity, where it is absorbed into the bloodstream through the tissue lining the nasal walls. All three methods of cocaine abuse can lead to addiction and other severe health problems, including HIV/AIDS, and the risk of contracting other infectious diseases. Get help now. Call 800-468-6933 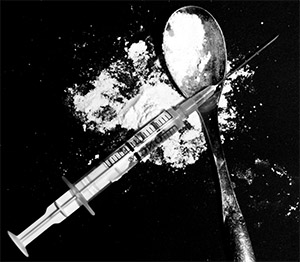 The intensity, duration, and “rush” of cocaine’s effects, which include reduced fatigue, mental alertness, and increased energy, are dependent on the way the drug is consumed. The quicker cocaine is absorbed into the user’s bloodstream and delivered to the brain, the more intense the high, or “rush” is felt. Smoking or injecting cocaine produces a quicker, more powerful high than snorting. At the same time, faster absorption usually means shorter duration of desired affects. The high from snorting cocaine will usually last 15 to 30 minutes top, but the high from smoking may last any were from 5 to 10 minutes. In order to stay high, a cocaine user has to administer the drug at regular intervals. For this exact reason, cocaine is sometimes used in week long binges— “A period of unrestrained, immoderate self-indulgence.”

In the most recent studies:

The NIDA-funded 2010 monitoring the Future Study showed that:

Effects of Cocaine Use 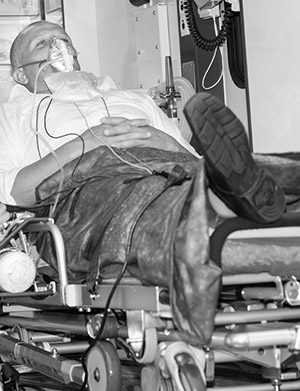 The majority of users of cocaine report feelings of irritability, restlessness, and anxiety. A tolerance to the high often develops in a short period of time – many addicts report that they seek but fail to achieve as much pleasure as they did from their first experience with cocaine. Most users will increase the dosage to prolong and intensify the euphoric effects of the drug. While tolerance to the high can occur, users can also become more sensitive to cocaine’s convulsing and anesthetic effects without increasing the dosage. This increase in sensitivity may explain how some deaths occur after low doses of the drug are administered.

The use of cocaine in binges, during which cocaine is taken repeatedly and at increasingly higher doses, has been proven to lead to a state of restlessness, irritability and paranoia. This can result in a period of full-blown psychosis, which results in the user losing touch with reality and experiences hallucinations. Many other complications are associated with cocaine use, which include heart attacks, disturbances in heart rhythm, chest pain and respiratory failure, seizures, strokes and headaches, as well gastrointestinal complications such as abdominal pain and nausea. Since cocaine has a tendency to decrease the user’s appetite, many chronic abusers become malnourished.

For more information on cocaine addiction and its harmful effects, call Narconon today at 800-468-6933.