Ecstasy is a stimulant drug that is also known as, methylenedioxymethamphetamine or (MDMA). Ecstasy is related to mescaline, and amphetamine. Ecstasy is made from chemicals it is not natural. The person who makes the ecstasy can put whatever they want in it, so you can never know if it is pure or what is in it. Most of the time ecstasy comes in a pill form, they can be different colors and have different things imprinted on them. Some people take more than one at a time and mix them up; this is called bumping. 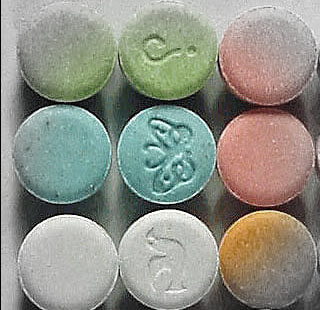 Ecstasy affects both the brain and body. When someone is under the influence of the drug it can give them a false sense of happiness and pleasure. Taking ecstasy is very dangerous because a person cannot tell if the pill that you are getting is really ecstasy or some chemicals that are not supposed to be combined.

Ecstasy is made out of MDMA while other pills are made from a synthetic form of MDMA. People like to take these pills before going to parties or raves. It gives them energy to dance sometimes produce brighter colors, and makes them feel a fake sense of joy. This drug can also make users feel like everyone is your friend when in fact they may not be. Ecstasy can affect the heart, breathing and temperature. When it affects temperature, it can cause it to become very high, which can lead to liver, kidney, and heart malfunctions. You do not want to mix ecstasy with other drugs as these mixtures could be lethal.

Narconon As A Treatment Option

Narconon is a facility that specializes in handling ecstasy addiction. The main cause of addiction is ones lack of ability to cope with life problems. Narconon helps to tackle this and also utilizes a unique method to handle the physical aspect of ecstasy addiction that helps to remove drug toxins from the body though a sauna detoxification program since ecstasy can be a physically addictive drug.

Ecstasy abuse can be severe and when an individual tries to stop they can experience withdrawal symptoms. Some of these include fatigue, loss of appetite, depression, and problems concentrating. Withdrawal occurs when you have used a drug for a long period of time excessively. Your body can develop a dependency on the chemicals in the drug you are using. When you stop using this drug your body will have withdrawal from this drug, because it is so used to having those chemicals. Get help now. Call 800-468-6933

Narconon does not believe that addiction is a disease, but something that can be fully overcome. The program has many essentials that make it different than any other type of program.

The National Institute on Drug Abuse reports that averages of 760,000 people had used MDMA or ecstasy in a one month period. The problem is severe and the only solution is treatment that gets results.