Addiction and the Workplace

As of February 2017, there were about 6.2 million people in the United States who were unemployed. Yet there were three times that many people in the U.S. who struggled with addiction. So I think it is safe to say that the age-old concept that, “Addicts are a bunch of jobless miscreants” is now defunct, if indeed it ever was legitimate.

Addicts have to work. They have to fund their habit somehow. True, they are very transient in their jobs. They usually can’t hold a position for long. They often can’t pass a drug test, and it’s only a matter of time before someone at their place of work figures out that they have a drug problem and reports them. But addicts still find work, somehow.

And this opens up a whole new can of worms and further drives home the reasoning as to why we need to help get addicts off of drugs and into rehab as soon as possible. When a person has a drug or alcohol habit and they hold a job at the same time, they are not only creating risk for themselves, but they are also creating risk for everyone else in that work environment.

So what is the actual scope of drug use and alcohol misuse in the workplace?

According to a USA Today article which covers the subject, about 23 percent of U.S. workers responding to a survey admitted to using drugs or alcohol during a work shift. About 6 in 10 said they had used alcohol at work at one point. Almost 1 in 4 admitted to using marijuana at work at one point. Furthermore, about 62 percent said they knew a coworker who had drunk alcohol or used narcotics while on a work shift. These are pretty stark figures.

Drug testing, while not done as rigorously as it once was, can also tell us a lot about drug use among the workforce. USA Today discussed statistics from workplace drug testing in an article by way of Quest Diagnostics. According to the research, 5.3 percent of workers tested positive for drugs in 2017. Data is not available for 2016, but 2015’s numbers showed 4.7 percent of workers testing positive for drugs. 2017’s numbers are the highest ever since the recording of such figures began.

While drug use can be found in any industry, some industries do seem to struggle with substance abuse among their employees, more than others. These industries are:

Substance abuse in the workplace is very costly for a business. Estimates indicate that U.S. companies spend about $81 billion per year as a result of addicted employees missing work, having costly accidents on the job, not performing well, causing physical damage to work premises or property, causing accidents or harm to other workers, etc.

Businesses need to be more about the people working there, and less about the top dollar of that business. Companies are improving in this category, but the change is occurring at a snail’s pace. Businesses need to make their policies about substance abuse clear. But at the same time, they need to have contingency plans set in place for when an employee does fall prey to substance abuse.

Business managers need to get trained on the signs and symptoms of drug use so they can look for and address such signs as they appear in the workplace. Even more important than that, staff in charge of hiring need to become very good at spotting potential substance abuse in a person being hired. Drug testing has its benefits, but it has its flaws too. It should be used, but businesses can’t rely on drug testing alone to see them through in this area.

Another method by which businesses could address addiction among the workforce would be to implement Employee Assistance Programs (EAPs). Such programs offer help and support in a wide range of issues that might arise in the workplace. EAPs are designed to be early intervention programs—special systems for addressing any kind of adversity or struggle which employees may face. Every business should have an EAP within its HR department, and part of the EAP program should be a system for helping employees who struggle with substance abuse or who may be at risk of falling prey to it.

Let’s look at the three primary factors which have led to recent increases in substance abuse among American employees:

Just like that, you have the three ingredients needed to create an influx of drug use into the workplace.

So we can talk about what businesses can do to curb drug use all we want. But really, we should be talking about how to help those addicted to drugs and alcohol to come down off of drugs and alcohol. That is ultimately what is going to solve the problem of drug and alcohol abuse among the workforce.

Drug and alcohol addiction has become a constant, regular presence in American society. Sometimes it feels as though everywhere we look, in every social circle or group we are involved with, there is someone who struggles with some kind of habit. 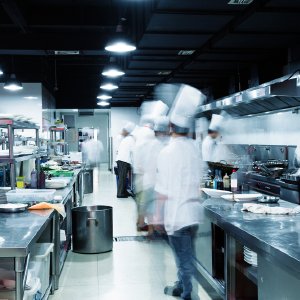 When the number of drug users in the United States climbs to absolutely unprecedented levels, it is a logical assumption of course that drug use will begin to appear in the workforce. 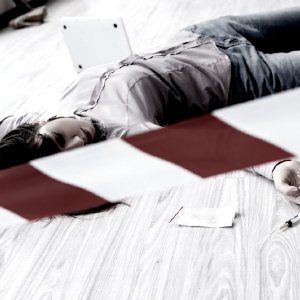