When seeking to address the 21st-century addiction epidemic, one of the first lessons to learn is that this is not a new problem. It’s easy to get swept up in the rush of media headlines and newsreels about the epidemic, the national public health emergency, the nationwide crisis that is our country’s drug problem. And yes, it is a severe issue. But it’s not the first time we’ve dealt with a drug crisis. The problem as it stands today is likely the worst it’s ever been in our history, but this is still not our country’s first encounter with a drug problem.

Addiction Is Not a New Problem

That’s right; addiction is by no means a new problem. The critical issue about the problem today that makes it so severe is that more people are addicted to drugs and alcohol in this country than there ever have been before. According to the National Survey on Drug Use and Health, “In 2017, approximately 19.7 million people aged 12 or older had a substance use disorder (SUD) related to their use of alcohol or illicit drugs in the past year, including 14.5 million people who had an alcohol use disorder and 7.5 million people who had an illicit drug use disorder.”

Not only are more people addicted, but addiction is harming them on a level previously heard of. In decades past, the most dangerous drugs were street drugs like heroin. Now, addicts take drugs like fentanyl, an opiate said to be 50 times more potent than heroin (more on that later).

Also, addicts are living longer merely because our technology for saving lives during drug use is more effective. We have naloxone now, which brings people back from the brink of death via overdose. But by that same token, these addicts often don’t then receive treatment (a huge mistake). With no treatment as a follow-up to a life saved from an overdose, the addict relapses, returns to drug use, and so their condition worsens.

And even though some addicts are living longer, others are not. For every life saved from an overdose, another addict overdoses with no one around to tend to them, and so dies from the overdose. According to the CDC, more than 70,000 people died from drug-related causes in 2017 the highest ever in recorded history.

Another factor is that, since the turn of the century, the total number of Americans who suffer from drug and alcohol addiction has skyrocketed. And that’s not even getting into the alarming death toll from overdoses, the severe strain the crisis has had on the country’s economy, and the socio-humanitarian damage of addiction.

We do need to concede that our efforts to report and study addiction have increased tremendously in the last two decades. So it is true that we know a lot more about the problem today than we did just thirty years ago. But even with the fact that addiction was not studied as well in the 19th and 20th century as it is today, we can still go off what data we do have about previous decades and centuries and arrive at the same conclusion that addiction is worse today than it was decades or centuries ago.

While it is true that addiction is far more severe now than it has been in our past, we must recognize that is is still not a new issue. Let’s take a look at three areas of American history where addiction played a prominent role. There is no period in our history where addiction was as harmful and severe as it is today, but there have been micro-epidemics of substance abuse throughout the American Saga.

The Civil War—America’s First, Real Exposure to Opioid Use

Morphine was the most common opiate drug of that period, and it was wreaking havoc in late-19th century America. The opioids we use today are several times more potent than morphine. Fentanyl, the opiate drug responsible for the lion’s share of opiate deaths of the last several years, is 80 to 100 times more potent than morphine, according to the DEA.

According to Oxford Academic, “Prohibition was initially successful in reducing alcohol intake; however, illegal alcohol consumption slowly increased in the late 1920s.”

It seemed that even the mighty U.S. federal government, one of the most powerful governments in the world, could not control alcohol consumption among the American people. And the nation’s drinking problem has only grown since then.

The 1980s—The Era of Crack Cocaine

Another addiction crisis broke out when crack cocaine came on the scene in the 1980s. Some say the making of crack cocaine was stumbled across by Miami drug users; others have a theory that the CIA introduced crack cocaine to African American communities in inner cities. The generally accepted history comes from the Drug Enforcement Administration. According to the DEA, powdered cocaine was flooding the U.S. market in the early 1980s, and that caused prices to plummet. According to the DEA, “Faced with dropping prices for their illegal product, drug dealers made a shrewd marketing decision to convert the powder to ’crack,’ a smokeable form of cocaine. It was cheap, simple to produce, ready to use, and highly profitable for dealers to develop. As early as 1981, reports of crack appeared in Los Angeles, San Diego, Houston, and in the Caribbean.”

Addressing Drug and Alcohol Addiction Today—Treatment Is the Answer

American history is dotted with periods of drug abuse. Our drug problem today is not unlike drug issues of the past, the critical difference being that the scale of addiction today is unlike anything our country has ever seen before.

Curbing the spread of drug and alcohol addiction in the United States today comes about in two ways, both of which must be worked on in tandem to ensure maximum efficacy:

Sometimes it feels like history is repeating itself only this time, the drug crisis is far more severe. However, we do have the solutions to tackle addiction through residential rehabilitation programs and prevention efforts, and those solutions were not always available to us. If we work together and stay diligent with this problem, we too can make history, but this time for the better. We can be the generation that ended addiction in America. 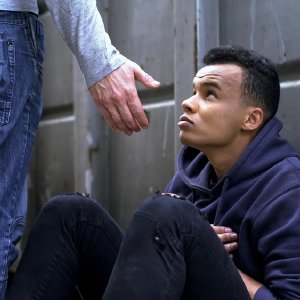 Why Is the World’s Wealthiest Nation Also a World Leader in Drug Overdoses?

The United States is undoubtedly one of the most powerful, wealthiest, and most advanced countries in the world. And while we should always anticipate some shortcomings in even the greatest of nations, it comes as a surprise that the United States takes fifth place in the entire world for drug overdose deaths. The U.S. is ahead of almost all other developed nations for drug overdoses. The U.S. also loses more people per capita to drug overdoses than most third-world countries. How could this be? 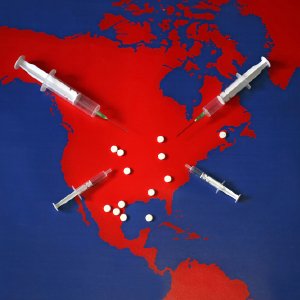