There is no mystery that alcohol consumption carries certain health risks and that those risks increase the more one drinks. A new study sheds light on the genuine risk that patients with abnormal heart rhythms take when they consume alcohol. Once again, we are provided with apparent evidence of just how harmful alcohol consumption is for our general health.

Alcohol and Your Heart

In a July 2020 publication, the American Heart Association announced the following findings:

The importance of medical experts getting their patients to cut back on alcohol consumption could not be more clear. Dr. Rikinkumar S. Patel, the lead author of the study, stated, “Alcohol abuse has harmful effects on physical health, leading to more illness and death in patients with heart problems. Physicians should educate patients with alcohol problems about their risk of hospitalization for arrhythmia and their increased risk of death. Integrated care models need to be developed to formulate strategies to counter problematic alcohol use and improve the health-related quality of life of patients.”

Does Alcohol Have Health Benefits?

Some still believe that alcohol consumption may have health benefits. There was some data on this for a time, but most of it has been disproven or at least called into question.

“I’ve heard that drinking a glass of wine a day is good for the heart.
Is this true?”

In response to the question, “I’ve heard that drinking a glass of wine a day is good for the heart. Is this true?” Dr. Jay Udell writes, “Drinking a small amount of alcohol (one drink a day) is likely not harmful for your heart. But the idea that drinking alcohol might be good for your overall health isn’t fully backed by science.”

Dr. Udell then listed some of the severe health complications that come with drinking alcohol. “Chronic consumption of large amounts of alcohol can result in a condition called alcoholic cardiomyopathy. You can actually drink your heart muscle into a weakened state when you consume heavily .... Binge drinking and heavy drinking can increase your blood pressure and risk of developing an irregular heart rhythm, such as atrial fibrillation. This could increase your risk of mortality whether you’re living with heart disease or not. Survivors of heart attacks who reported binge drinking are twice as likely to die from any cause, including heart disease, compared with non-binge drinkers. There’s no question that binge drinking—even if it’s only one day a week—puts you at higher risk. ... Other negative effects of alcohol include risk of cancer, liver disease, pancreatitis, accidents, violence, and suicide.”

There is no evidence that moderate alcohol consumption offers health benefits. Yet, there is an absolute wealth of information proving that excessive drinking is exceptionally harmful to one’s general health and well-being. One could write a full doctoral thesis on all of the different ways alcohol consumption harms the different regions of the human body. Just looking at alcohol’s effect on the heart, someone who drinks alcohol can suffer conditions such as:

Alcohol consumption also has a devastating effect on the liver, brain, throat, lungs, pancreas, and other organs.

Statistics—Alcohol Consumption Takes a Severe Toll on the American People

Just as concerning as a close examination of alcohol’s effect on the human body, the scope of alcohol misuse in the United States is worth our attention. The sheer death toll and overall cost of alcohol misuse on the American people is quite shocking. According to the National Institute on Alcohol Abuse and Alcoholism:

Alcohol addiction is a vicious and potentially fatal crisis. It affects millions of Americans every year and kills tens of thousands annually. However, there is a way out of the alcohol addiction trap. The key is addiction treatment. With the help of a residential drug and alcohol rehab center, a recovering addict can focus on the underlying issues that led him to drink in the first place.

If you know someone struggling with alcohol addiction, please do not wait until the drinking has taken its toll on his heart and the rest of his body. Make sure he gets help before it is too late.

Any alcohol consumption has risk, and that risk is exacerbated the more one drinks. But what constitutes binge drinking? Where did the term come from, and why is it called “binge“ drinking? 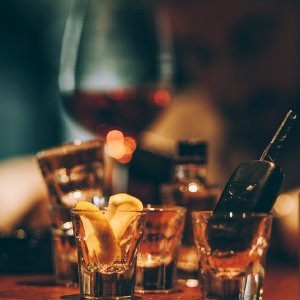 The 21st-century might not have brought flying cars, convenient space travel, or the utopian, science fiction world that many pop culture books and movies from the 1900s might have indicated that it would. But the 21st-century did bring with it a lot of problems.

Ren in Drugs and Crime 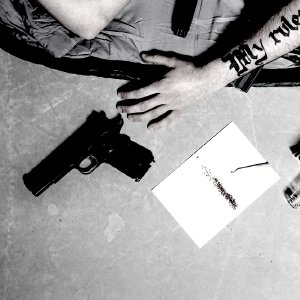