Being In Control of Life

I grew up in various towns in Montana and North Dakota as my mother moved from place to place to get a job. That was tough on me, my sister, and my brother as we never got to really get settled in. Because of that, I didn’t have the greatest childhood. My parents were divorced, and there were a lot of bad feelings between them.

Some of the best times I can remember before I started using drugs were simply playing with my friends. We lived in various small towns, some with a population of only 400 people! Everyone knew everyone. My friends and I had free rein, and we could do what we wanted. We would play cowboys and Indians, hide and seek, baseball, basketball, hockey and whatever else kids do. Those were simple and good times.

I was 17 years old when I first used drugs. A friend of mine introduced me to marijuana. I thought smoking pot was the answer to the shyness and insecurities that I was not able to figure out how to handle. I did not tell my family that I had these problems and that I got into drugs as a result.

I started to become more and more withdrawn from them and from life itself. It got to the point where pot was not enough, and I began taking LSD—and I took A LOT of it. It really affected my outlook and the way I saw things. My viewpoint had changed, and I had become critical, unhappy, withdrawn and paranoid. The brightness of the days had faded, and my hope for anything more had faded with it. I had so many dreams and hopes ground to dust, and I found myself in a place where they no longer existed. Life had become very grey and dull.

My dad finally caught my brothers and me with pot, and when he went searching for a rehab place, he found Narconon, and he took me there. The place was different. I remember talking to some staff members when I first arrived. I was told REAL life would get me higher than drugs ever could. I thought that was odd, but I could tell they were sincere, and I wanted to get what they were talking about. They were all friendly and helpful.

One of the biggest wins I got from doing the program was realizing what the drugs were actually doing to me. I thought I was getting high when I took drugs, but I was actually getting low, really low. I enjoyed doing the program, and it helped me regain some simple yet powerful abilities that I previously had and then lost because of the drugs.

Another thing I learned was being able to communicate in a whole new way. I found myself willing to take orders and then to be able to give orders. That was big because giving orders and directing others was not something I thought I was capable of, but it was something that I needed to live a good life. I was getting my life back. I felt like I could do things. I became more outgoing and friendly. I felt the life I thought I lost was coming back to me. Suddenly there was color and happiness and things to look at, and those things became interesting again! I remember sitting back and thinking, “wow…this is totally bitchin’.”

One of my proudest accomplishments would have to be falling in love and creating a wonderful family. After the program, I met a girl, and we got married. We had three kids who gave us seven grandkids, one who then gave us one great-grandchild. My family relationships are great. People have come to me for support and advice.

My favorite part about being drug free is being in control of my life. I am the one who decides and is in control of what I do and when I do it—not anything or anyone else. My advice to anyone out there who is still struggling is to just talk to someone at Narconon. It can be tough, but they care a lot.

“I graduated over 47 years ago and it was where my new life started. The Narconon staff have been there and they really know what it’s like. Let them help you the way they helped me.”

I graduated over 47 years ago, and it was where my new life started. The Narconon staff have been there, and they really know what it’s like. Let them help you the way they helped me. To the people who are in early recovery, my advice is that drugs do a lot to you, and it takes some time and work to get over it, but it can be done. Good luck, and thank you.

Brenden works with families and addicts to assist them to overcome the obstacles that stand in the way of true rehabilitation and onto a successful and productive path in life through the Narconon program. A graduate from the Narconon program in Louisiana, Brenden uses his own experiences to help others overcome addiction.

“For the last 15 years of my life, I have been fighting a losing battle with drug addiction. After going from treatment center to treatment center ten or so times, I didn’t feel like there was much hope left for me. I couldn’t envision a life clean from drugs where I was actually happy.“ 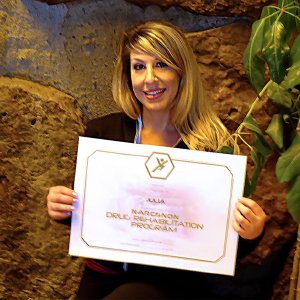 I Now Want to Live a Sober Life

“Thanks to all the staff here at Narconon Arrowhead for pushing me through the program. This program really helped me out to wanting to live a sober and successful life. I really appreciate it.” 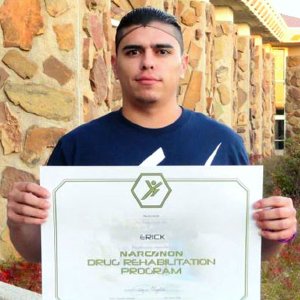