The Drug Enforcement Administration has issued a nationwide warning to both public and law enforcement agencies about fentanyl, one of the strongest opioid painkillers ever created. Fentanyl’s potency is 50 to 100 times that of morphine and it’s has been linked to tens of thousands of overdose deaths nationwide.

According to the National Institute for Drug Abuse, a drug user may not even know he is buying fentanyl. He could think he is buying heroin, OxyContin pills or even marijuana—fentanyl has been found as an additive in heroin or pot and masquerading as OxyContin.

A surge in deaths related to fentanyl prompted Baltimore health officials to launch a public health campaign to raise awareness of this drug with the intention of saving lives. The Baltimore area has long been afflicted by very high rates of heroin use. But because fentanyl is so frequently added to the local heroin supplies, 25 percent of Maryland’s drug overdose deaths now involve fentanyl.

At one time, fentanyl was simply a powerful painkiller administered only when no other painkiller could save a person from agony. But now it is manufactured on the illicit market. Before it hit the American illicit drug market, our drug situation was bad enough. Now, overseas chemical manufacturers have realized the vast profits they can make by creating these drugs in their uncontrolled labs—usually in China or Mexico although some people think there may be labs in the U.S. as well.

These potent drugs are shipped via package delivery services to unscrupulous drug dealers in the U.S. Or they are shipped to Mexico and drug traffickers with their distribution routes already set up will bring them across the border.

It’s not only fentanyl that’s killing people—there’s a number of other synthetic drugs that have recently arrived on the market. Some are just a few molecules away from being fentanyl and others have a totally different composition. Among the opioids, there’s U-47700 (nicknamed “pink”), W-18, acetylfentanyl, carfetanil and methyfentanyl. And then there’s the other synthetics—often stimulants rather than opioids—that will mess with your head and your ability to survive—like PMMA, flakka and methylone.

Call them designer drugs, call them New Psychoactive Substances, call them whatever you like. Every one is a threat to one’s very survival. As we often tell people, the only safety is in sobriety.

If someone you care about is unable to keep themselves sober and safe, we can help. Call us. Call today.

“The wrong thing to do about any given circumstance or situation is to do nothing.”—L. Ron Hubbard, Humanitarian.

My life since working at Narconon has been a positive journey. I believe that helping people is not a choice but a way of life and every person I help makes the world just a bit brighter.

5 Myths about Drug and Alcohol Addiction

With over 23 Million Americans suffering from a drug or alcohol addiction in the United States, it’s fair to say that we have a drug addiction crisis on our hands. Here are the 5 Myths about Addiction. 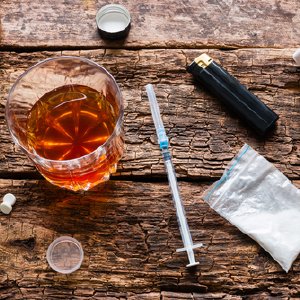 The Dangers of Synthetic Drugs

Synthetic drugs are extremely dangerous and harmful as they are comprised of synthetic substances and can do great damage to the body. LSD, Spice, Molly, and meth are all types of synthetic drugs, each with powerful side effects. 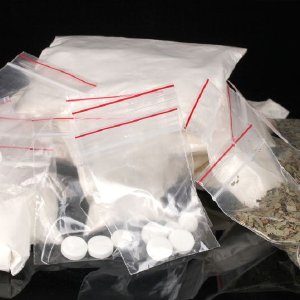