Lyndsay’s journey into drug use began much the same as many others’ have—with a problem that she didn’t know how to handle. From an early age, Lyndsay struggled with anger that was difficult for her to control. However, instead of facing and resolving the issue, Lyndsay accepted the idea that she needed to take anti-depressants for her problem. With this acceptance, she was also accepting the idea that there was something wrong with her.

For a short while during her time in the seventh grade, Lyndsay’s life seemed to be moving in a better direction. Her cousin introduced her to cheerleading, and Lyndsay fell completely in love with it. Cheerleading became her entire life and she threw herself into it fully, eating, sleeping and breathing nothing but cheerleading. However, she was not immune to temptation and when she was introduced to marijuana she took to it immediately, smoking it more and more often as time moved on. Of course, this affected her performance in school and her grades began to slip. The school principal told Lyndsay that if she didn’t turn things around she would be kicked off the cheerleading team, but even this threat wasn’t enough for her to give up her new habit.

When Lyndsay was kicked off her school’s cheerleading team, her entire world came crashing down around her. She stopped caring about anything, and decided it wasn’t even worth trying to “be good.” She became angry more often and more easily, and more interested in hanging around with bad crowds. This led to an introduction to cocaine, and while she started out using it exclusively on weekends, she was soon using it every day. Her life spiraled further out of control when she was expelled from school and began to steal from her parents in order to continue feeding her drug habit. She didn’t care about life or anything in it and often locked herself in her bedroom so she could snort eight balls.

At one point, Lyndsay found herself in a bit of trouble and she came clean to her dad in order to receive his help. She didn’t actually come clean because she wanted, to be honest, and get help for her addiction problems, she came clean exclusively because she was forced to. Her parents responded by taking her to a couple of addiction classes, a course of action that failed to change Lyndsay’s drug habits.

When Lyndsay obtained a job at a fast food restaurant she was simultaneously introduced to a particularly bad crowd that exposed her to crystal meth. It only took one hit for Lyndsay to become completely hooked, and completely unconcerned about the potential consequences of her drug habits. Where she had worked hard to avoid coming home late and getting into trouble with her parents while using cocaine, she really didn’t care what they thought when she began using crystal meth. She began to hang out with her drug dealer, stopped going home at all, and laughed at the very idea that her parents might be worried about her. She later described it as though she had entirely lost her soul.

Several months after she had disappeared from home and the day before she turned eighteen, Lyndsay called her parents and told them that she would be coming home soon. Her mom acted casual, but quickly told Lyndsay’s dad, uncle and the police her location. Within an hour, Lyndsay and her “friends” were surprised by a visit from the police. Her response was to scream angrily at her father that her friends would surely kill her for bringing the cops to their place. Though Lyndsay went home with her father, she simply waited until midnight—when she became a legal adult—and left. She turned to her long-abandoned boyfriend for a place to stay, and the next day when he offered to take her home to collect some of her things, he drove her to an intervention meeting instead.

During the intervention meeting, Lyndsay was entirely disconnected—until her cousin arrived. She finally broke down and admitted that she had a terrible problem and she needed help. The very next day her dad woke her up to tell her that they had found the perfect rehabilitation treatment facility for her. Lyndsay barely remembers traveling to Narconon, but she vividly remembers waking up in withdrawal and immediately beginning to plan her escape. In her anger and desperation, she turned to the withdrawal staff member by her side and screamed that she couldn’t possibly have any idea what Lyndsay was going through. The staff member’s response was, for Lyndsay, the beginning of a whole new life—because she reached down, gently touched Lyndsay on the shoulder and assured her in a calm, comforting tone that she knew exactly what Lyndsay was going through. Lyndsay was stunned as she realized that the calm, confident woman before her had once been an addict, but was now leading a productive, happy life and helping others to take back control of their own lives. For the first time, Lyndsay felt a small bit of hope that maybe she could get better.

For the first time in her life, Lyndsay was surrounded by people who truly believed in her, which allowed her to believe in herself. Over time, the small bit of hope she had first felt in withdrawal grew into the realization that her life was hers to take back and control, and she could live happily without drugs in her future. She proceeded through the Narconon program, taking responsibility for her past actions and decisions and learning the valuable life skills that would help her to live happily, confidently and productively in the future.

Ten years later, Lyndsay continues to thrive as a dynamic, upbeat and positive young woman—a completely different person from the girl who stumbled, completely lost, into Narconon with absolutely no hope of a better life or future. She is certain that she owes Narconon her very life because if it weren’t for their incredible recovery program, their support and their encouragement, she has no doubt that her story would have ended completely different.

Lyndsay is not alone in her remarkable recovery story. If you or someone you know is struggling with drug addiction, call Narconon at 1-800-468-6933 today in order to open the door for full and lasting recovery.

Tips for Intervening With a Cocaine Addict

Cocaine is a highly addictive, powerful drug that is widely abused as it produces dopamine and increases the pleasure senses, prolonging the addiction. It can cause severe and irreparable damage to the body and it is important that an intervention is done as soon as possible. 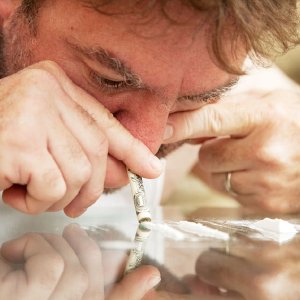 Drug Withdrawal and Minerals – Some Things You Should Consider

Drug withdrawal is a necessary, but difficult part of addiction treatment. There are many symptoms that can be produced from withdrawal, which are similar to those in mineral deficiencies.