Medical Marijuana Is Not the Answer to the Opioid Epidemic

As interest in marijuana use has moved forward (partially thanks to state legislation), some proponents of the cannabis movement have said that medical marijuana might be a solution to the opioid epidemic. This issue was debated for a few years, but little progress was made towards proving the truth in that statement or towards effectively denouncing it. And that’s likely because there existed very little research on the states which legalized marijuana and the kinds of effects that legalization had.

Now, there finally exists verified research. The research settles the matter once and for all on marijuana as a supposed solution to the opioid crisis.

Looking at States Which Legalize Marijuana

The Columbia University Mailman School of Public Health in New York City sought to find out if marijuana legalization does help to curb opioid misuse. There’s a reason to believe that it could. So why not look into the issue and find out once and for all if this is the case? The research group did just that by examining states which had legalized marijuana. The researchers examined opioid misuse in those states before marijuana legalization and after to see if there was any change.

As it turns out, state laws to make medical marijuana available for pain patients have had little to no effect on opioid misuse in those states. In fact, according to Dr. Luis Segura, one of the researchers who was quoted in U.S. News, “When comparing the overall effect of use after versus before medical marijuana laws were passed, we found small increases in non-medical use of prescription opioids and slight decreases or no change in prescription opioid use disorder among non-medical users of prescription opioids—even for states that allowed dispensaries.”

The researchers worked together to analyze state-level data compiled and collected by the National Survey on Drug Use and Health. The study included 70,000 people, all of whom lived in states where medical marijuana was legal.

Granted, the logic of the initial claim makes sense. If a state passes medical marijuana laws, wouldn’t some doctors be more likely to put some of their pain patients on medical marijuana instead of highly addictive opioid pain relievers? One would certainly think so.

But here again, we can turn to a direct quote from one of the study authors for an explanation. According to Dr. Silvia Martins, an associate professor of epidemiology and the senior study author for the research (also quoted in U.S. News):

“… We tested this relationship and found no evidence that the passage of medical marijuana laws—even in states with dispensaries—was associated with a decrease in individual opioid use of prescription opioids for non-medical purposes.”

“The hypothesis generated from these studies is that after medical marijuana law enactment, health care professionals would be more likely to prescribe medical marijuana instead of opioid medications, and this, in turn, would reduce the chance of individuals to misuse prescription opioids and develop consequences. However, we tested this relationship and found no evidence that the passage of medical marijuana laws—even in states with dispensaries—was associated with a decrease in individual opioid use of prescription opioids for non-medical purposes.”


The Columbia University study mirrors that of a Stanford study published earlier this year. That study also found that there was no association between marijuana legalization in a state and opioid overdoses in that same state. In fact, in some of the states examined under the Stanford study, overdoses increased as marijuana legalization was implemented.

Was It All Just a Myth?

So was it just a myth that medical marijuana legalization would summarily bring about an end to opioid misuse? Absolutely. When we strip away all of the political and media noise regarding marijuana, the idea that a potentially harmful drug would be a solution to another harmful drug is simply incorrect. And at the end of the day, very few doctors took advantage of the new medical marijuana laws, and almost all patients and addicts stayed on their opioid meds.

What does that tell us?

Looking for a Solution to Chronic Pain and Addiction

This phenomenon reaffirms what we already know about addiction. If someone is taking an addictive medicine, even if they are taking it legally, they are not going to want to stop taking it just because an alternative medicine has presented itself as an option. That’s just not how addiction works.

When someone is using an opioid drug, and they become addicted to it, they will need proper residential addiction treatment to come off that drug. Merely offering a questionable alternative to them in the form of medical marijuana is not going to solve the problem for them.

But residential care through a qualified drug and alcohol rehab center will.

When someone struggles with a chronic pain condition and a drug problem, they will need more than just an alternative pain remedy to get cleaned up. For them, the first step involves entering a residential rehab center for addiction treatment.

Residential drug and alcohol treatment centers offer comprehensive and workable programs which can help people find and eliminate the underlying causes of their addiction habits. These programs can assist people in working up through their drug habits, addressing the physical, mental, and spiritual aspects of the drug habit, and coming out the other side, clean and sober.

A residential center is uniquely positioned to help people overcome the various aspects of addiction. Though it might not appear so from the outside looking in, a drug problem is a multi-faceted crisis, a complex multiplication of several issues, and one that likely exacerbated over several years of drug use.

Once the drug problem has been resolved, a good drug and alcohol treatment center would help the recovering individual find an alternative, non-addictive, no side effects solution to their pain. In this way, the individual not only comes down off of drugs, but they can get a real solution for their pain, something that does not come with a steep price tag, an addiction risk, and potentially harmful side effects. 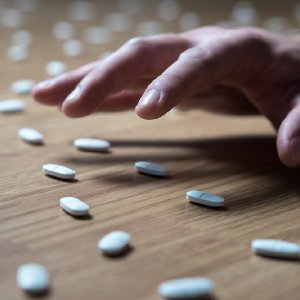 In a nation stuck in its worst addiction epidemic yet, one would think that our medical professionals would be fully prepared to help addicted patients. But quite the opposite is true. In fact, according to Jan Hoffman’s paper for CNBC, only about 15 out of 180 medical programs in the U.S. teach their medical students about addiction to alcohol, drugs, or tobacco.