Medication for Fentanyl Addiction Not Enough Treatment for Addicts

The medical term “vaccine” should not be so easily thrown around. Per the Merriam-Webster dictionary, a vaccine is “A preparation of genetic material (such as a strand of synthesized messenger RNA) that is used by the cells of the body to produce an antigenic substance (such as a fragment of virus spike protein).” Put another way, a vaccine is a specialized form of medicine that stimulates the person’s immune system to produce immunity against a specific infectious illness (such as the flu), thus protecting the person from that illness.

A group of researchers are developing a “vaccine” to treat fentanyl addiction. Attempting to use one drug to prevent an addict from using another drug is not workable. Not only is the fentanyl “vaccine” not actually a vaccine by any definition of the word, it will not be sufficient treatment for helping addicts overcome fentanyl addiction. The most effective and safest way to help someone overcome a fentanyl addiction is to assist them in finding, entering into, and moving through a credible drug rehab program.

A new “vaccine” is being researched to help opioid users build up an immunity to fentanyl. However, the new drug is not a vaccine. Rather, it’s a new type of Medication Assisted Treatment (MAT) that’s being promoted as a vaccine to garner public interest and attention. Those promoting the new drug are using the recent spike in interest over vaccines to garner interest in their drug.

Researchers at the University of Houston are working on a medicine for fentanyl addiction that will allegedly encourage antibodies to form in the human body. These antibodies are supposed to bind to opioid molecules. Antibodies normally attack disease molecules, not opioid molecules, so it is uncertain if this approach will work. Furthermore, the research details offered up thus far are incomplete, and the information on how the “vaccine” molecules will operate is hazy at best.

Suspicion of the new fentanyl “vaccine” grows when one recalls that Medication Assisted Treatment has a proven track record of failure with other MAT drugs, mainly because MAT drugs ends up becoming just another substance that the user is dependent on. This truth is supported by the fact that when users stop taking their MAT drug, they often go back to their original drug of choice. Quoting one NIH study on Suboxone, a MAT drug used to get addicts to stop taking opiate drugs, “Results showed that approximately 49 percent of participants reduced prescription painkiller abuse during extended (at least 12-week) Suboxone treatment. This success rate dropped to 8.6 percent once Suboxone was discontinued.” All along, the MAT drug was not treating the individual’s addiction, merely giving them a different, legal substance to become dependent on. That is not a legitimate treatment.

Medications used to “treat” addiction do not actually treat anything. They simply substitute one drug for another.

Another harm that comes from suggesting that medicine can fix someone’s addiction problems is that it creates a false narrative and dissuades addicts from seeking legitimate forms of treatment. The up-and-coming fentanyl medicine is being advertised to addicts as a vaccine when no virus exists. It’s convincing addicts that they don’t really need to seek professional drug treatment, not when there’s a new medicine they can take. This narrative is harmful, as it pushes addicts away from legitimate treatment options and towards other methods that do not get to the root of the problem.

As mentioned earlier, a vaccine is used to help the body build up defenses against infectious illnesses. Yet addiction is not a contagious illness. Addiction is a complex, multifaceted affliction that must be treated using an approach that addresses the addiction’s physical, psychological, behavioral, and spiritual aspects. Creating a new MAT drug for fentanyl and calling it a vaccine is just a shady marketing ploy leveraged during a time period when vaccines are receiving huge amounts of attention from the American public.

Vaccines are in no way applicable for those who suffer from addiction to drugs and alcohol. Addicts need real treatment, not smoke and mirrors, false promises, and half measures.

What is Fentanyl? Why is it so Dangerous?

While efforts to create a vaccine for fentanyl addiction are flawed, there is absolutely a need for reputable and legitimate fentanyl addiction treatment in this country. Fentanyl is a pharmaceutical, synthetic opioid drug. It is used for treating severe pain, typically advanced cancer pain. Fentanyl is extremely potent, approximately 50 to 100 times more potent than morphine. Though fentanyl is intended only for medical uses and requires a prescription for its use, it can be diverted and misused.

Fentanyl has the potential to be extremely addictive, even when used exactly as intended. Furthermore, illegal fentanyl has cropped up quite a bit on the drug trafficking market, so much so that illicit fentanyl is now a leading cause of overdose death in America.

According to the Center for Disease Control and Prevention, overdose deaths involving synthetic opioids mainly fentanyl) surged by more than 1,200% from 2013 to 2019. More than 36,000 Americans died from synthetic opioid overdoses in 2019, mainly from illicit fentanyl.

The Treatment for Fentanyl Addiction is Rehabilitation, Not Another Drug

The solution to addiction lies in addicts seeking help at effective, reputable drug and alcohol rehab centers. Drug users need treatment and help in focusing on the issues that caused them to use drugs in the first place. They need to have a place to do this where they are not able to use drugs. They need to be surrounded by a support network that includes trained staff and like-minded individuals.

An injection, pill, lozenge, tablet, patch, spray, or other medicine will not save someone from fentanyl addiction or any drug addiction for that matter. If you know someone who is misusing drugs and who cannot stop on their own, insist that they enter into a residential drug and alcohol rehab center as soon as possible. Doing so will be life-saving for them. 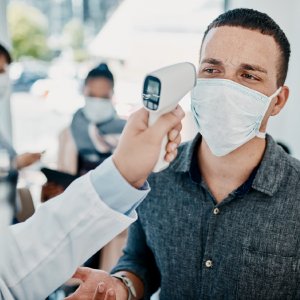 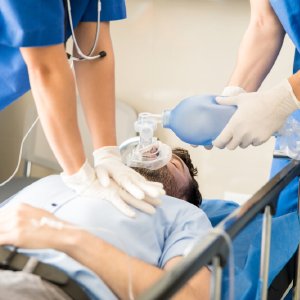