Narconon Was the Answer for Me.

My story, not unlike many of the graduates that come through this program, is unorthodox, to say the least. I grew up like most, raised in suburbia in a modest home, to two very supportive parents in their own respective ways. My parents separated in third grade finalizing their divorce by the time I got into sixth grade. These things happen. This would be the beginning of a very turbulent relationship between friendship, family, drugs, and deep seeded mental and emotional problems that would afflict me for more than a decade.

Fast forward to Summer 2022, in a quiet suburb of Pocatello, Idaho, one would find me sheltering in a house full of junkies, tweakers, and criminals—a colorful cast of characters that this sleepy little town had to offer. Right in the center of it all, was me, an unemployed, drugged-out loser falling short on literally every responsibility any self-respecting adult hopes to accomplish on a day-to-day basis. Behind on child support, behind on bills, amounting to a breathtaking amount of debt, unemployed, with no job prospects, failing out of university—seemingly living an adolescent teenager’s wildest fantasy—or nightmare, depending on the sanity of the person in question. All the while, getting high every day, harboring common criminals, committing crimes, and having regular visits from law enforcement. Imagine Requiem for a Dream countrified. It was horrible. I knew this. Yet, despite this hard truth, I continuously failed to change any aspect of my living situation, accepting the futility and finality that I would eventually die an unexpected death, whether from the drugs, the people around me, or both. Then one fateful afternoon, sitting on my front porch smoking a cigarette, the Pocatello Police Department served an outstanding warrant on one of my ‘friends.’ They eventually searched me and found paraphernalia in my pockets. Off to jail I went. I couldn’t help but feel relieved for some strange reason. I was released the next day and elected to stay at my mom’s house for a few days. I was ready to quit. Three days later, I was back at my house, using. Again. My parents decided it was time to intervene. They invited me up to my mom’s house where I was greeted by an interventionist. After just a thirty-minute conversation with the man, I agreed to board a flight to Narconon the following morning. It was time. Again, a feeling of relief washed over me. The extended nightmare was over. Real change, finally solid steps towards bettering my situation were being taken.

For months I barely spoke to my parents, too ashamed to even try to keep them updated on all the horrible day-to-day activities my addiction consisted of. Since coming to Narconon, these dynamics changed dramatically. I was talking to them on a daily basis, connecting with them, keeping them updated on my progress throughout my program, and finally possessing the capability of relaying information of steady, positive change. Something very foreign to me. For so long, I was consumed by this melancholy futility that in order to shield them from such negativity, I distanced myself from them as best I could. I was lost. I was broken. Slowly but surely, I began to find my way again, picking up the pieces of my fragmented self with every step that I took.

Just a few grueling months later, I was standing at the podium of Narconon Arrowhead, attending my own graduation, incredulous at the mere notion that I had actually completed something. Again, another foreign notion for me. I had never graduated from anything, and as of yet, not seeing any major endeavor to completion. I had hope for the future. I had plans for my future. I had a precise, carefully plotted procedure documenting the exact steps I needed to take in order to realize my ultimate goal. A future I could be proud of. A future riddled with wins and success rather than failure.

If someone had knocked on my door even weeks before my departure to Narconon, I would have laughed, muttered some obscenities in my drunken stupor, and promptly slammed the door in the face of this clearly insane human being attempting to bring hope to this barren, miserable, shameful existence I gladly embraced as my normal. There was little anyone could say to change my mind. I had concluded that there was no way to change this nightmare, and even if there was it wouldn’t make a lick of difference or matter enough to make a half-hearted attempt in regard to the problems I faced. I didn’t matter. Life didn’t matter. I was dead already; it was only a matter of when and how. This is the mindset that every addict can relate with. It's easy to convince yourself to adopt this harrowing mindset. It makes continuing these harmful tendencies that much more digestible. No matter how stubborn, or how good, or true, or bad, or lost, or hopeless one believes their situation is, it can be reversed. There is hope for redemption, a recharting of one’s life trajectory. One can be spared from the brink of complete insanity and eventual annihilation. It just takes one small decision.

“Narconon is the only program that gives you the tools, the desire, and the will to fully confront your inner demons.”

This one life-changing, fateful choice can be the answer to a long-standing question every addict asks him or herself. Is this what I want? Truly? I knew the answer from the minute I realized that my addiction was extending far beyond my scope of control. From the minute I stuck the needle into my vein. From the moment I decided to relapse after five years of sobriety. These substances were always only used to mask an undiagnosed, or mishandled emotion or problem my life presented to me that I did not or could not or would not honestly confront. Narconon is the only program that gives you the tools, the desire, and the will to fully confront your inner demons. To diagnose the deep-seated and underlying issues that brought you to this place to begin with. Not only diagnose but meticulously, painfully at times, handle each and every problem to a point that substances aren’t even needed to be utilized as a means to medicate. It is not just a drug rehab, but a life rehab. If you want it, if you let it, Narconon will present you with a method to not only to manage drug addiction, but life as a whole. Narconon was the answer for me. Is it going to be the answer for you?

I got to the point where I didn’t care if I lived or died, I was wasting my life away in my room getting high. 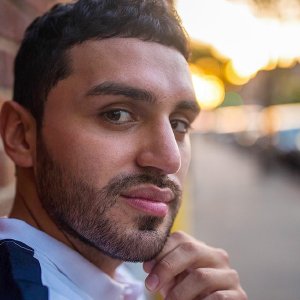 Life After the Narconon Program

It’s hard for an addict to see a sober life when he is using, but not getting help is just giving up. Don’t give up on yourself and don’t give up on anyone else. Be the change the world needs and reach out. 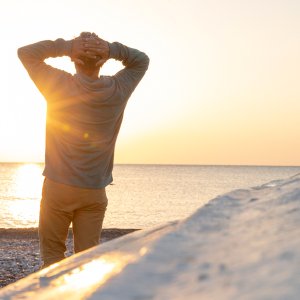