Scientists and researchers at the Massachusetts General Hospital’s Center for Systems Biology in Boston are one step closer to completing a new technology that will enable law enforcement to test for THC impairment in drivers. And while it is good news that law enforcement will soon have a way to test for cannabis influence with just as much accuracy as they test for alcohol influence, it’s important to tell the bigger story here. It’s important to underscore the need to address the underlying reasons why people are driving under the influence of marijuana. Even in states where cannabis is legal, cannabis-influenced driving is very illegal, given the serious risk factors that come with such actions.

If it is illegal and unsafe, why do marijuana users drive impaired? Using marijuana and then getting behind the wheel of a car and driving is highly indicative of addictive, problematic, compulsive drug use. It’s suggestive of someone who cannot control their use, indicating someone who needs addiction treatment.

Groundbreaking’ Breathalyzer for Marijuana in the Works

Good news in the tech and science world was just announced: groundbreaking advancements in THC and cannabis drug testing technology. This is good news because there has not been reliable or easy-to-use testing technology for cannabis for years. Currently, the gold standard for detecting THC is through a blood or urine sample. Now, researchers at the Massachusetts General Hospital’s Center for Systems Biology in Boston are on the verge of completing a “THC breathalyzer.”

The researchers put their new breathalyzer technology through trial runs, and they found that it could detect THC in people’s saliva in under five minutes. And while THC can linger in the blood for days (making blood tests less effective as THC in the blood does not necessarily reflect recent use), THC in salvia is only reflective of marijuana usage within the past 12 hours.

To be clear, there are already THC testing devices that detect THC in saliva. However, such devices require long processing times, and they do not measure the degree of cannabis intoxication. That measurement is crucial for roadside tests. According to the Boston researchers, their new device not only quickly detects THC in saliva, but it quantifies the amount of THC.

The breakthrough is good news because law enforcement has been challenged in its efforts to combat drugged driving because, up until now, law enforcement has lacked reliable and easy-to-use testing technology. This breakthrough came at a great time, too, because as more states have legalized marijuana for recreational use, such states have experienced increasingly higher rates of marijuana-related traffic accidents and fatalities.

One does not have to look far to find evidence that, as marijuana has become legal across many U.S. states, traffic accidents and fatalities connected to THC impairment have risen. Given that THC impairment at least doubles one’s risk of being involved in a fatal crash, this should not be surprising.

While the CDC has not yet released findings on cannabis-related traffic fatalities, other research groups have come forth with reliable data. One group of researchers found a direct connection between recreational marijuana legalization and an immediate uptick in traffic fatalities connected to cannabis impairment.

According to a Pew Charitable Trusts press release, 44% of fatally injured drivers killed in car crashes in 2016 (who were tested for drugs in coroners’ examinations) tested positive for drug intoxication. And even though only 54% of drivers were tested (suggesting the numbers of drug-related traffic fatalities may be much higher), the 44% figure among tested drivers still reflects a 50% increase from 2006 percentages.

And that’s just the drivers. When it comes to passengers and persons in other vehicles that may be involved in accidents (or pedestrians), there is insufficient information on the total loss of life directly attributable to cannabis-influenced driving.

Making the Roads Safer is Good, But Criminalizing Drug Use Doesn’t Help

It is already known that criminalizing people who misuse addictive and mind-altering substances is not effective for resolving the problem of substance abuse. To observe this, all one must do is examine statistics on alcohol-related traffic fatalities. Drunk driving has been heavily policed for decades. While fatalities related to drunk driving have decreased somewhat over the years, approximately 10,000 people still die from alcohol-related traffic accidents each year, representing about one-third of all traffic fatalities.

Now that there is a way for police officers to detect and apprehend marijuana-influenced drivers, there needs to be a call to action to treat individuals who misuse cannabis. People who would choose to drive a car while under the influence of marijuana need more than a ticket, losing their license, or jail time. Such individuals almost certainly have a marijuana dependency, and they’ll need treatment. A ticket, losing their license, or being sent to jail will never address the underlying issues and problems that caused them to misuse marijuana in the first place.

Beyond Testing: Treatment and Education are the Answer for Cannabis Misuse

Testing for cannabis-related driving is a good start because it can be a point of first intervention between public health officials and people who have a problem with marijuana use. But rather than performing an arrest and jailing a cannabis-influenced driver, law enforcement officers should be directing drug users to treatment centers and drug rehabs, not jail cells. This is already being done successfully in places like Seattle, Washington with its local LEAD program. Over 35 law enforcement jurisdictions across the U.S. have implemented programs that utilize law enforcement to direct drug users to treatment centers rather than into the criminal justice system.

Also, given the statistical data cited earlier, it is known that the Americans with the highest risk for driving under the influence of cannabis are in the 16 to 25-year-old age bracket, i.e., young people. With that in mind, public health officials, schools, policymakers, community leaders, and families should educate young people on the harms and dangers of marijuana, the long-term effects of the drug, and the serious dangers of short-term use, including marijuana-impaired driving.

Marijuana is the most frequently used drug in the U.S., creating harmful conditions for millions of Americans. Marijuana-impaired driving is just one of those harmful conditions, though it is a serious one. People who use marijuana and who cannot stop on their own are at serious risk from the physical, psychological, and behavioral harms caused by marijuana use.

Though marijuana is sometimes labeled as nonaddictive, the Substance Abuse and Mental Health Services Administration reports that more than half of all treatment admissions in the U.S. involve individuals seeking help for marijuana use. Marijuana is addictive, and those who use it compulsively will need immediate help.

If you know someone who is using marijuana, someone who cannot stop, please make sure they get help at a qualified drug and alcohol addiction treatment center as soon as possible.

A recent study highlighted the large gap between reported drug use when questioned and later quantitative tests on provided samples. 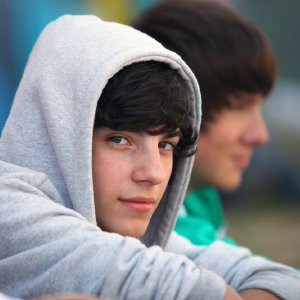