For some time now we have known that our nation’s drug crisis will not resolve with only government action. Now, twenty years into the largest addiction epidemic that our country has likely ever seen, it’s become apparent that curbing drug addiction within our communities will take community action, as well as federal and state support.

But media coverage of community action is uncommon. I’m quite sure that cities, towns, counties, and individual communities and neighborhoods get together all the time to address drug addiction within their areas, but we rarely hear about it. Media headlines always talk about the drug overdose deaths, the drug crime, cartel trafficking, corrupt pharmaceutical companies, and so on. It’s challenging to find good news in the news.

So when I saw an April 2019 LA Times article which discussed community action within San Diego to curb prescription drug abuse, I was quite pleased and a little heartened.

It all started with Vern Lovett, a San Diego realtor who, with the help of his nephew, decided to spend a Saturday walking door-to-door to raise awareness of prescription drug abuse. Vern did not aim to convince families that they shouldn't take prescription drugs. Instead, Vern’s message was just that families should dispose of medications no longer in use. Why? Because unused medications can quickly end up in the wrong hands. Since such medicines can be lethal when misused, keeping unused drugs in the medicine cabinet is a dangerous and risky thing to do.

Not all medicines carry such risk, but many of them do. For example, no household should “keep on hand” opioid pain relievers, benzodiazepines, stimulants, depressants, barbiturates, amphetamines, anti-depressants, or any other type of psychotropic drug or pain-relief drug.

Shortly after Vern Lovett began his mission to raise awareness of prescription drug abuse in San Diego, he was joined by no less than 150 realtors who supported his crusade. The project is still ongoing, and the group hopes to canvas 30,000 homes over the next few weeks. Each realtor is assigned 200 homes, along with 200 informational handouts and special bags for use in disposing of unwanted pharmaceuticals.

When a realtor visits a home, he or she begins by explaining to the homeowners the risks of prescription drug abuse and how one of the most common places in which misuse begins, is in the medicine cabinet. Then the realtor outfits the homeowners with informational brochures and a “drop-off bag.” The realtor also tells the homeowners where their nearest approved location is for disposing of unwanted pharmaceuticals.

Vern Lovett began this mission because 273 people died from prescription drug overdoses in San Diego County in 2017. How many of those deaths would have been prevented if so many homes did not have unused, mind-altering, addictive, and potentially lethal pharmaceuticals lying around?

The Value in Disposing of Unused Pharmaceuticals

According to the National Institute on Drug Abuse, about 18 million people misused prescription drugs in 2017 at least once. Furthermore, nearly 2 million of those 18 million people were individuals who misused prescription opioids for the first time, thus creating a significant risk for addiction with each first-time exposure. That’s 5,480 people abusing opioid pain relievers for the first time every day. Many of these individuals are finding opioid pharmaceuticals in medicine cabinets, or they’re getting them from friends and family members who have a surplus of them.

What one needs to consider is that prescription drug abuse is an entirely different animal than traditional “street drug” addiction. When people misuse prescription drugs, they’re not usually going out on the streets and buying them from the drug dealer. That’s the stereotypical view of how an addict gets drugs, but that’s not how it is with pill addicts. Many of them have prescriptions for the drugs. Many of them get the medications from others who have legitimate prescriptions for them, and many more just swipe them out of a medicine cabinet.

To curb prescription drug abuse, we have to start thinking with this issue as a different, unique problem of its own. This isn’t a street drug issue—this is a home drug issue.

Ideas for Community Action within Your Own Town

I was impressed with the efforts of Vern Lovett and his team of realtors in San Diego. What they have done and what they continue to do is laudable. Even if they help just a few homes get rid of their excess medications, their work will have been worthwhile.

Raising awareness of a drug problem is the single most effective way of preventing that drug problem from growing in one’s community. When people know the dangers of a substance, they’re far less likely to make poor decisions regarding that substance, such as keeping it in their homes. Let’s all commit to ridding our homes and our communities of excess medications. They are nothing but ticking time bombs, waiting to wreak havoc in someone’s life.

There is no mistaking that the massive push to manufacture, distribute, and prescribe opioid pain relievers in the late-1990s and early-2000s was a huge mistake. It’s known that opioid pharmaceuticals have caused the deaths of hundreds of thousands of Americans. But what about the more sinister, under-reported harmful effects of the prescription opioid epidemic, like the surge in heroin addiction? 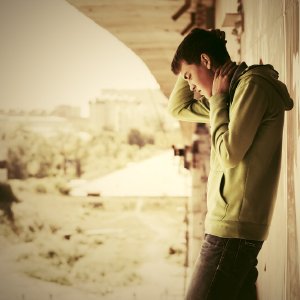 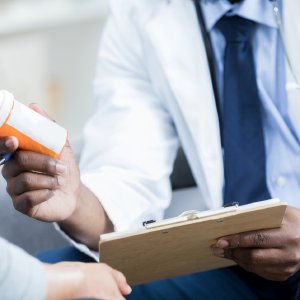