According to a U.S. News article, 70,237 drug overdose deaths occurred in the U.S. in 2017. That number was up 10.4 percent from the 63,632 people who died from drug overdoses in 2016. Overdose deaths are on the rise in America, and they have been since the turn of the century. And even though we have known about the drug epidemic for many years, efforts to halt the growth of the crisis have as yet been unsuccessful.

While the rate of the increase in drug overdose deaths, one year to the next, is staying about the same, the types of drugs that are causing the overdoses are fluctuating. And that's concerning because that means an unpredictable future ahead of us if we don’t take control of the situation and reduce the epidemic.

From 2014 to 2016, drug overdose deaths soared. That was simply the continuation of a trend that began in 1999 when pharmaceutical companies started mass producing and distributing addictive prescription painkillers

The overdose situation was on the rise in 2017 as well, more or less, just like it was in 2014 through 2016. In 2017, the four drugs that saw the most significant year-to-year increases were fentanyl, heroin, cocaine, and methamphetamine.

But those are just the top four. In that year, several drugs that hadn’t been considered as “serious” threats (at least not severe enough to be on the same scale as other major killers) now suddenly began taking more lives.

What we are beginning to notice is that the drug addiction epidemic is diversifying. Unless we act fast, this will undoubtedly have the effect of creating a more challenging, complex, and unpredictable drug problem.

Following are the ten drugs most frequently involved in fatal overdoses in 2017:

As of 2017, fentanyl, heroin, cocaine, and meth are the most lethal drugs in the United States. But that does not mean we should ignore other killers like opiate painkillers, benzodiazepines, and even diphenhydramine-based drugs.

How Can We Reduce Demand and Supply?

The deadliest drugs in America are causing epidemic-level death rates; tens of thousands of lives lost each year. How can we tackle the problem effectively?

These Ten Drugs Are Responsible for the Most Overdoses

When someone who is struggling with a drug habit turns on their local news and hears a report about a “New, lethal strain of heroin” or a “New batch of fentanyl that’s killing dozens of addicts,” their first thought isn’t to mourn such a sad situation or to avoid those drugs.

It is more important at this moment than ever before, that parents are able to identify drug use in their children. Why? 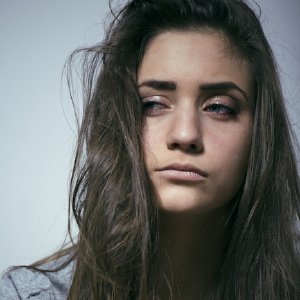