Thousands of Kids Have Fallen Prey to Fatal Poisonings on Opioids

In December of 2018, Yale University released a research paper that outlined the effects of the opioid epidemic on our nation’s children. When we look at the opioid problem, we almost always look at the adults who are addicted to these drugs, who lose their lives from these drugs. But what about the kids? What about the almost 9,000 kids who have died from exposures to opioid pain relievers since 1999?

Adolescent and child overdose deaths are now at some of their lowest points in years. But the grim fact is that kids and adolescents are still dying from opioid overdoses, usually unintentionally. We can’t rest just because the statistics have taken a downturn. Even just one death per year is one death too many.

The statistics mentioned below can be found at both the JAMA Network and at USA Today. JAMA Network has the full research data, and USA Today has a more condensed version.

Here’s how the statistics break down:

And the story is not even half-done. Have you ever heard of “medication-assisted therapy” or MAT? This is an entirely different category of prescription opioids that are also having a devastating effect on kids and adolescents.

We hear a lot about “Medication-Assisted Therapy” as being one of the primary methods of treating addicts. Drugs like methadone, Suboxone, and Vivitrol fall under this category. The idea is that addicts supposedly “cannot” get off of drugs without medicinal support, and so they are put on “supplemental” drugs to help them in the process. While some inpatient rehab centers might use suboxone to some effectiveness in helping opioid addicts through the withdrawal process, using methadone, Suboxone, or Vivitrol as an ongoing “maintenance” program is poor foolishness and should not be done.

In the USA Today article, authors Jayne O’Donnell and Terry DeMio talk about how the risk of children using other people’s methadone is “particularly relevant.” They talk about how 36 percent of all of the child and adolescent opioid overdose deaths since 1999 have been associated with methadone, just one drug. If about 9,000 kids have died from opioids since 1999 and if 36 percent of them died from methadone poisoning, that means we’ve lost 3,240 kids from what is supposed to be a “miracle medication that helps addicts get better.”

As medication-assisted therapy continues to gain footholds in the addiction treatment space, we can only extrapolate that more kids are going to have accidental fatal overdoses on these drugs. The Food and Drug Administration published a public health advisory on methadone in 2006, but what is that really going to do to solve the problem on a permanent level?

Kids are still dying from methadone exposure, and while the death toll has declined since the advisory was published, even just one child who dies from accidentally taking methadone is one child too many. We need to utilize different addiction treatment approaches for opioid addicts. Medication-assisted therapies are flawed in many ways.

Protecting Our Young Ones from Opioids

We have to protect our youth from opioids. It’s the only correct course of action available to us. We must reduce our consumption of opioid pain relievers in order to decrease their availability. We have to get these drugs out of our homes, out of our medicine cabinets, out of our desk drawers, out of our purses and our pockets in short out of the reach of unauthorized users. Removing the presence of opioid pain relievers is the only way to firmly reduce the risk that these drugs present to young people.

As for our own need for these drugs, we need to start looking into alternative methods of pain relief, other paths, holistic and natural, or even just over-the-counter methods. Our country is too reliant on opioid drugs, and we are now paying the ultimate price for it. Each person needs to look for a “real” fix to their pain, find and treat the cause of the pain, not the “quick” fix, and opioid. 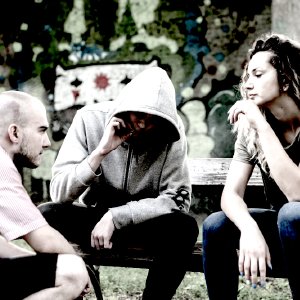 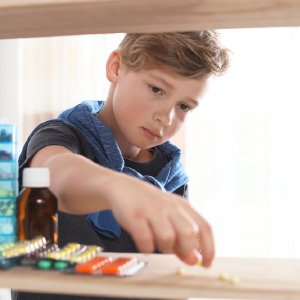