Alcohol addiction is woven into the fabric of many societies – celebrating special occasions with champagne, sharing a bottle of wine over a meal, or going out for social drinks with friends. Alcohol is such a popular, common element in many past times, it can be hard to see when your drinking has crossed the line from moderate or social use to abusive drinking. If one consumes alcohol simply to feel good, or to avoid bad feelings, their drinking could be a problem. Alcoholism and alcohol abuse can creep up on you, so it’s important to be aware of the possible warning signs and take steps to seek and get help. Understanding the problem is the first step to overcoming it. 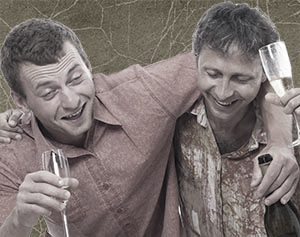 Alcohol addiction is and has been a worldwide problem. Characterized by compulsive and uncontrolled consumption of alcohol, the alcoholic will continue to drink despite its negative effects on the drinker’s relationships, health and social standing. The term, alcoholism, is broadly used, and was first coined in 1849 by Magnus Huss, but in medical terminology, was replaced by the ideas of alcohol dependence and alcohol abuse.

Prolonged alcohol abuse produces physiological changes in the brain such as physical dependence and tolerance. Such brain chemistry changes maintain the alcoholic’s compulsive inability to stop drinking and result in alcohol withdrawal symptoms, upon elimination of alcohol consumption. Alcohol damages almost every organ in the body, including the brain; because of the advancing toxic effects of prolonged alcohol abuse, the alcoholic risks suffering a range of medical and psychiatric disorders. Get help now. Call 800-468-6933

Alcoholism is the day after day presence of tolerance, withdrawal, and excessive alcohol abuse, the drinker’s inability to control such compulsive drinking, despite awareness of its harm to his or her health, indicates that the person might have an addiction to alcohol. Alcohol detoxification which is conducted to withdraw the alcoholic person from drinking, is usually necessary, for health and safety precautions. The alcoholic woman is more sensitive to alcohol’s destructive physical, cerebral, and mental effects, and increased social stigma, in relation to a man, for being an alcoholic. 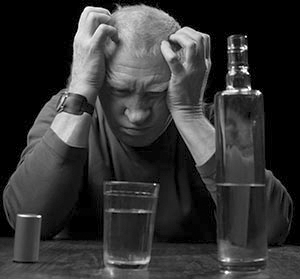 Excessive drinking is related to many interconnected factors, including genetics, how you were raised, your social environment, and your emotional health. More at risk than others of developing alcohol addiction are some racial groups, such as American Indians and Native Alaskans It is also a verifiable fact that people who have a family history of alcoholism or who associate closely with heavy drinkers are more likely to develop drinking disorders. Additionally, those who suffer from a mental health problem such as anxiety, depression, or bipolar disorder are also particularly at risk, because alcohol may be used to self-medicate. Get help now. Call 800-468-6933

Since drinking is so prevalent in many cultures and the effects vary so widely from one individual to another, it’s not always easy to figure out where the line is between social drinking and problem drinking. Basically, if your life is unmanageable or causing you problems, you have a drinking problem and it’s time to seek help.

There are indicators to watch for to determine the presence of an alcohol addiction. Review the following list to help make a solid decision as to whether about yourself or someone you care about as related to alcohol abuse:

In addition, the following are also signs or alcohol abuse or addiction:

Alcohol addiction affects several million people nationwide. Call Narconon today for more information or to get help for someone you love at 800-468-6933.