A recent news report in U.S. News opens with, “Due to population growth and aging, the number of cancer cases worldwide is expected to jump 60% by 2040 – but unhealthy lifestyle habits are likely to make the surge even larger.”

That’s a pretty shocking statement. We already see rapid increases in cancer statistics every year. Where did all of this cancer come from? There was a time, not all that long ago, when cancer was an uncommon occurrence. Now cancer is the second leading cause of death globally. In fact, according to the World Health Organization, cancer was directly responsible for 9.6 million deaths in 2018. About one in six deaths globally are due to cancer.

There are plenty of theories for why we are seeing more cancer. Most agree that we are living in an increasingly toxic world. Air pollution, water pollution, heavily processed foods, the list goes on. But as the U.S. News article points out, it’s not always the environment to blame.

In a lot of ways, it is ourselves to blame. After all, we create our environment, don’t we?

It’s challenging to think of cancer as being an optional thing. A huge percentage of cancer patients contracted the disease simply because they were genetically predisposed to it, even if they were the epitome of healthy living. But in some respects, cancer is optional. Unhealthy habits such as smoking cigarettes, having a poor diet, and not getting enough exercise can all predispose someone to cancer.

And while no one can guarantee that they won’t get cancer, there are steps that people can take to dramatically reduce their chances of ever contracting a cancerous disease. And not only is making better life choices simply the common-sense route to take, but the American Cancer Society, the Union for International Cancer Control, and the International Agency for Research on Cancer are all getting behind the message that life choices play a significant role in one’s odds of contracting (or not contracting) cancer.

“Tobacco is the leading cause of preventable cancer death, according to the atlas. In 2017, smoking claimed 2.3 million lives worldwide, 24% of all cancer deaths…”

Quoting the U.S. News article cited earlier, “Tobacco is the leading cause of preventable cancer death, according to the atlas. In 2017, smoking claimed 2.3 million lives worldwide, 24% of all cancer deaths. Alcohol, meanwhile, is linked to 4.2% of cancer deaths worldwide, with significant country-to-country rate differences.”

And from the National Institute on Drug Abuse, “People with addiction often have one or more associated health issues, which could include lung or heart disease, stroke, cancer, or mental health conditions. Imaging scans, chest X-rays, and blood tests can show the damaging effects of long term drug use throughout the body.”

And from the U.S. National Library of Medicine, “The role of substance abuse in the pathogenesis of cancer is studied systematically. … It has been supported that a possible dysregulation of the immune system is linked to the oncogenic [tumor producing] processes induced by substances of abuse. Specifically, opioids are the first addictive substances that have been identified as oncogenic factors. … Additionally, research data indicate that the use of cannabis may be associated with cancer, either as an independent factor or in relation to other mutagenics.”

We can see that smoking (and that includes smoking other drugs, not just tobacco), alcohol consumption, opiate use, and other forms of drug use are all habits that can predispose one to cancer.

Cancer can crop up under all different types of circumstances. So far, we know of more than 100 types of cancer, but more are added to the list every year. And dozens of cancer types have absolutely nothing to do with drug use, smoking various substances, or drinking alcohol.

But because some types of cancer are caused or precipitated by substance abuse habits, that alone makes it worth our while to avoid substance abuse activities. Why take the extra risk? There is already significant health risks in using substances. Even just one use of drugs or one incident of heavy drinking can lead to a fatal event. That alone is reason enough to stay away from mind-altering substances. But when we add the long-term risk of cancer predisposition to the mix, that gives us yet another reason to stay away from such substances.

And in addition to not using mind-altering substances, why not also make other healthy commitments? People who exercise regularly, who eat well, who pay attention to the water they drink and the air that they breathe, these are people who are far less likely to contract a form of cancer later on in life.

Again, there is nothing we can do to guarantee, 100 percent, that we won't contract this growing illness. But wouldn't we want to improve our chances as best as possible? Especially when doing so has such untold benefit; when living a healthy, active lifestyle, is itself so rewarding?

If you or someone you care about is already using drugs intravenously, drinking, smoking, or snorting drugs, or engaging in another form of substance abuse, that does not mean it is too late to get help. Medical experts say that the best way to avoid getting cancer from negative life habits is to cease those life habits immediately.

With drug and alcohol addiction, that requires professional help. The best and safest way to overcome a drug problem or an alcohol problem is with the help of a residential drug treatment center. If you are struggling with an addiction, don’t let the addiction take your life. And don’t let the possibility of long-term health problems brought on by the addiction stop you from getting help right now.

And if you know someone who is in such a predicament, make sure they get help as soon as possible. Residential drug rehabs possess the facilities, the tools, the courses, and the trained staff necessary to see someone through the struggles of their habit and out the other side.

Addiction can be a fatal habit, in the near future, or in the distant future. But it doesn’t have to be. Make sure you or your loved one gets help today. 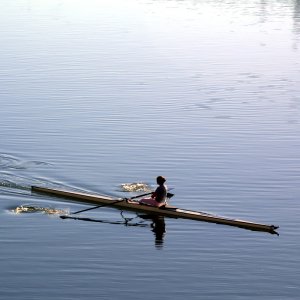