You might not believe it if someone told you that you could go into the local pharmacy and for a few dollars and no prescription purchase a dangerous, addictive, and powerful drug that is being abused across the country. It's not ephedrine, the common ingredient used to produce meth. It's a substance called dextromethorphan or DXM. Commonly used as a cough suppressant, DXM can produce vivid hallucinations and an irregular heartbeat in its users. Its not just young kids who discover the effects, the substance has been known to produce intense cravings and even psychotic behavior.

Even so, the damage the drug is capable of is rarely understood or explained by either the pharmacy or the label.

Given the relatively unknown risk associated with this drug, many parents have questions about the safety of these common household medications and are often shocked to learn that these drugs are not only addictive but can have severe lasting effects.

While DXM itself does not often result physical withdrawal symptoms like opioids or alcohol, people can become addicted to DXM's psychological effects. The combination of drugs found in many cough syrups and the often intense effects of the drug can lead to physical dependence and psychotic behavior. When that occurs, they will need help in getting off of the drug.

Because of its ease of accessibility and a low perceived risk connected to the drug, DXM is a popular drug of choice among teenagers and young adults. If you are a parent who has a son or daughter who uses DXM, you must get them help before their addiction gets worse.

Another harmful effect of DXM use among young people is that it often paves the way to other types of drug experimentation. While DXM itself has low fatality numbers, young people may become peer pressured into mixing DXM with other, more harmful substances, or merely experimenting with other substances in general. DXM misuse can be one step away from opioid abuse, cocaine misuse, or methamphetamine misuse.

Call Narconon today to take the first step towards helping your loved one get off of DXM.

The Harmful Effects of Psychedelics

Despite evidence of long term consequences, psychedelics are becoming more accepted in many countries around the world. 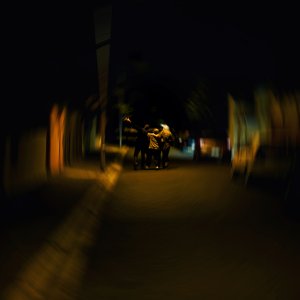 Ren in Drug use trends