The Harmful Effects of Psychedelics

While different psychedelic drugs will affect the user’s body and mind in different ways, all psychedelics have harmful effects. It is concerning that such substances are becoming normalized in regular society. That’s why the best place to begin when trying to prevent further normalization and acceptance of psychedelics is to understand the different types of psychedelics and the adverse side effects of each.

Sometimes called hallucinogens, dissociatives, or deliriants, psychedelics refer to a group of drugs that significantly alter awareness, perception, thought, feeling, emotion, cognitive function, etc. While the term “psychedelics” refers to a long list of different types of drugs, the common denominator of all psychedelic drugs is that they cause hallucinations in those who take them. Psychedelics make people see, hear, feel, and otherwise sense things that seem real to them, at that moment, but which are not real. The effects of psychedelic drugs can be so powerful that users may feel disconnected from their body while taking the drug.

Psychedelics come in many different forms. Some are extracted from plants, such as mushrooms or cacti. Others are synthetic, i.e., made in a lab. Psychedelics, particularly the plant-based ones, have been in use for centuries. They used to be common in religious, cultural, and healing rituals. Today, psychedelics have become more of a recreational trend, with young people, in particular, experimenting with the substances the most.

These are some of the more common psychedelic drugs:

Though psychedelics have gained popularity, not enough is said about two critical side effects of psychedelic use that can occur with any psychedelic drug. This is speaking of bad trips and flashbacks.

A bad trip refers to frightening and disturbing hallucinations that one may experience while using psychedelics. When people die from using psychedelics, it is usually the result of a bad trip. That’s because a bad trip can evoke such horrible hallucinations and altered perceptions that it can lead users to run into traffic, fall off a building, or intentionally take their own life.

What makes bad trips especially frightening is there is no way to predict when a bad trip will occur. There is no “secret method” of psychedelic use that can protect one from a bad trip. A bad trip could happen on one’s first experience with psychedelics, or it could occur further down the line. It is a dangerous, totally unpredictable variable.

As for flashbacks, one of the worst side effects of experimenting with psychedelics is something that previous users may not experience until years after using the substance. This is referring to flashbacks, ongoing effects of psychedelic drug use that can crop up at any point in an individual’s life.

A flashback can be triggered by stress, fatigue, or physical exercise. But flashbacks can happen sporadically as well. Like bad trips, there is no way to predict a flashback. That puts psychedelic users at risk, and it puts those around them at risk, too, even when the individual is not actively using a psychedelic drug.

When one adopts a pattern of experimenting with psychedelic, hallucinogenic, dissociative, and deliriant drugs, they will require professional help in breaking away from such substances. If you know someone who is hooked on psychedelic drugs and cannot seem to quit on their own, please contact Narconon today. 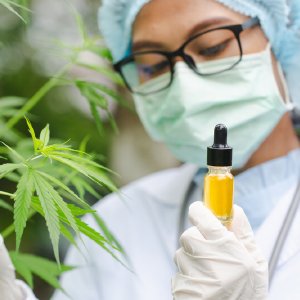 Ecstasy, LSD, and PCP—Hallucinogens Back on the Rise