By itself, drug abuse is harmful, dangerous, and inherently destructive. And to make matters worse, the family members of addicts often don’t even know that their loved one is using drugs because addicts are frequently secretive about their behavior. And to further exacerbate things, the addicts themselves often don’t even know what is in the substances they are using.

There are so many mysteries, unknowns, and potentially fatal factors to drug use that can easily slip into a person’s life, often without them or anyone else even knowing it. New research suggests that young people who use “party drugs” at raves and music festivals often have no idea what’s in the substances they are consuming.

Underreporting on Ketamine Use

Unfortunately, taking drugs and going to dance festivals is not a new thing—American youth have been doing this for decades. And for as long as this has been a popular activity, young people have put themselves at risk. Taking mind-altering substances by itself is bad enough, but then add a festival environment with lots of dancing, poor access to proper hydration, and the possibility for other unwise judgment choices, and all of a sudden, a fun weekend at a festival can turn into a traumatic incident.

Perhaps most concerning of all, new data suggests that much of the drug use that occurs among young people goes highly underreported. Studies show that ketamine (an operating room anesthetic recently approved for use in treating depression) is used far more than previously estimated.

To arrive at this conclusion, researchers surveyed young adults entering electronic dance parties in New York City. The individuals surveyed were asked about past-use of the popular party drug ketamine. Those surveyed were also asked for a hair sample for drug testing.

The results were insightful. Only 15 percent of those surveyed admitted to using ketamine in the past year, but 37 percent of hair samples came back positive for ketamine. That reveals two possibilities:

According to the data, those who tested positive for ketamine but who didn’t think they had ever used the drug also happened to be individuals who admitted to using ecstasy. For years, drug suppliers have been mixing other drugs (such as ketamine) into ecstasy supplies, essentially selling a mixed cocktail of mind-altering substances to customers but calling it pure ecstasy. Buyers think they’re getting ecstasy, but really they're getting an assortment of drugs.

What’s In These Drugs Anyway?

That leads to the next point. Even when festival-goers know they are taking drugs, they often don’t even know what’s in the drugs, or even what kind of drug they are taking. A drug user may have a proven tolerance for ecstasy and may “know how much to take.” But if his current hit of ecstasy is sliced with another, potentially more dangerous substance, the user will be taking an even higher risk in consuming that substance.

According to Joseph Palamar, an associate professor at New York University and the lead study author, “Ecstasy has a long history of being adulterated with other drugs—including ketamine—but people who use ecstasy or other synthetic drugs may now be at an even higher likelihood of being exposed to ketamine without realizing it.”

The fact that drug users have no clear way of knowing what is in the drugs they buy is yet another reason not to use drugs. Drug use when one is fully aware of what type of drug they are taking is dangerous enough. When one is consuming substances with no clear idea of what’s in them, one is rolling the dice with their life.

The Actual Scope of Drug Use in America

According to the Substance Abuse and Mental Health Services Administration, there are about 19.7 million people in the United States who struggle with an addiction to drugs and alcohol or a combination of the two. Even that is a conservative estimate, as researchers depend on the honesty of survey respondents for much of the estimating process.

But taking the figure as it stands, 19.7 million is still about six percent of the total population of the United States and about nine percent of the adult population. Substance abuse is a massive problem in this country. It’s a crisis that the American people must address.

“Alcohol and drug addiction take an enormous toll on individuals, families, and communities. Most Americans know someone who has been touched by an alcohol or a drug use disorder.”

Former Surgeon General Vivek Murthy put the problem into perspective. “Alcohol and drug addiction take an enormous toll on individuals, families, and communities. Most Americans know someone who has been touched by an alcohol or a drug use disorder. One in seven people in the U.S. is expected to develop a substance use disorder at some point in their lives. Yet 90 percent of people with a substance use disorder are not getting treatment. That has to change.”

The Importance of Drug Treatment

In a time when about 130 people die in America every day just from opioid drug overdoses alone, and in a time when about twenty million Americans struggle with addiction, it could not be more critical that those who need help get it. That’s why, if you know someone who is struggling with drug addiction or a drinking problem, you should do everything you possibly can to get them into a treatment center.

Even if your loved one is unwilling to seek help, that is no reason not to try and help them. Narconon can assist you in convincing your loved one that they are walking a dead-end path by continuing to misuse substances. Please contact Narconon today to begin the process of saving your loved one’s life. 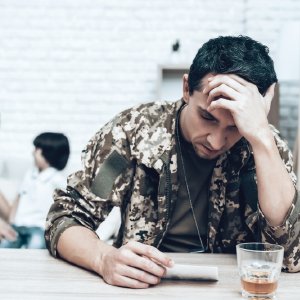 A Checklist for Helping an Addicted Loved One Seek Treatment

Helping a loved one overcome a drug habit or alcoholism is no walk in the park. It can be a real challenge and an ongoing one. When you are trying to help your loved one, trying to convince them to get better, it helps to have tips, tools, and techniques at your disposal. 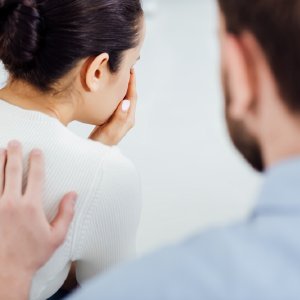