“Fake” Opioid Pills—What Are They, How Did They Come About and What Do We Do About Them?

Every year it seems, there’s another news story about the drug problem. And it feels as though each new story sheds light on a new emergency. Our country’s drug problem has grown and evolved over the last twenty years. Now it is a multifaceted epidemic that will take a great deal of effort and hard work to overcome.

The most recent headline is on fake opioid pills. Granted, this is not exactly a new story, as fake opioid pills have been popping up on the American market for years. But a recent drug bust on the Eastern Seaboard serves as a grim reminder of how dangerous fake opioid pills are. It reminds us of how risky it is for addicts to take a drug, thinking they are consuming a prescription pain reliever, only to be consuming something far more dangerous.

A New Report on “Fake” Opioids

A startling report in USA Today reported that in northern Delaware, two men were arrested for distributing more than $1 million in heroin, cocaine, and fentanyl in this country. The fentanyl was cleverly disguised as OxyContin, allowing the men to sell the drugs more quickly.

Authorities raided the home of Julian Rivera-Villa and Ricardo Perez-Guillen in Gloucester City, New Jersey. More than 10 kilograms of heroin were seized, as well as three kilograms of cocaine and 14,000 fentanyl pills disguised as OxyContin.

It is difficult to calculate how many deaths could have been caused by that many drugs. Had all of it been distributed into Delaware, Maryland, New Jersey, and other areas, how many people would have died from overdoses? But it goes without saying that the total amount of drugs seized would have caused devastation across the region.

It would be nice if we could say that this news report is an irregular one, that stories like these only come along once in a great while. But sadly, that is not the case. The fake pill trend is sweeping across the country. It’s misleading users, and it’s costing them their lives.

What Are Fake Drugs?

The Washington Post reported on fake pain pills in 2017. It is not a new trend but it is picking up speed now that drug users are starting to see how dangerous fentanyl is.

Here’s the charade. Drug cartels know very well just how addictive fentanyl is. They want to sell fentanyl because once a customer buys fentanyl he’s a customer for life—even if that life doesn’t end up lasting for all that long.

The problem is, addicts are beginning to see how dangerous fentanyl is. It’s no secret that fentanyl is the number one killer on the drug scene. Some addicts are likely quite wary of using it for that reason. Some would prefer OxyContin, Percocet, Dilaudid, Vicodin, or another generic painkiller.

Drug cartels began producing fentanyl but labeled it as a name-brand painkiller. The addicts who survived taking it would be back for more, just to chase a high like that. And as for the addicts who didn’t survive taking it, well, there’s always another addict. As morbid as it is, that’s the strategy behind cartels that produce fentanyl.

All across the country, addicts began overdosing on drugs that they thought were generic painkillers. But in reality, they were consuming illicit fentanyl, a drug made by profit-hungry pharmaceutical companies and copied by clandestine drug labs in the U.S. and foreign countries.

Fake opioids don’t stand up to close inspection. They are decent copies, sure, but not when one knows what to look for. Most cartels that make them use pill presses purchased on the black market. But it’s challenging to replicate the exact nature of a pharma company-made prescription drug.

Unfortunately, most addicts have no clue as to the difference—and sadly, most don’t care. They are focused on their next fix. That’s why we all need to step in and intervene before more people die. We need to support our law enforcement in their efforts to crack down on the illicit trafficking of fake opioid pills into and throughout our country. We also must help those who are using drugs before they stumble on a lethal batch of counterfeit medicines. We need to get these individuals off of drugs before it is too late.

If Your Loved One Is Addicted to Drugs

Drug addiction is not a habit that one can overcome on their own. A drug habit is a gripping, crippling affliction that affects the body, mind, and spirit. The more a person uses drugs, the more the drug habit chips its way into the person’s life. It invades every fiber of their being. It becomes such a critical part of their life that it seems like it is their life.

When someone you care about struggles with a drug problem, they are going to need your help overcoming it. And with so many different types of lethal drugs available for them to use, the importance for you in getting them help as quickly as possible could not be more clear.

If your loved one is using drugs or alcohol, do everything you can to get them help quickly. Meet with your loved one and plan out what type of residential program would work best for them. Call treatment centers with them in the room with you. Read up on drug rehab programs with them to find out which one would meet their needs best.

They say there’s an app for everything now, and if that’s not yet true, we’re probably getting there. Technology has expanded so immensely in the last 2-3 decades that even the sky is no longer the limit in how far we can go. 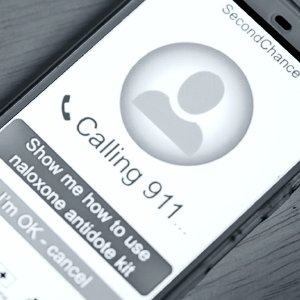