Partially due to increasing legalization and partly due to a decreasing sense of danger or risk associated with marijuana, more young people are using marijuana than perhaps ever before. Yet, just as this trend has soared, more scientific data is published each year that shows the extremely concerning harm that cannabis use has on teens and young adults.

These factors combined make it more critical than ever before that young people never use marijuana in the first place.

Marijuana Use on the Rise Among Teens and Young Adults

According to the Drug Enforcement Administration, young adults between the ages of 18 and 25 comprise about 31 percent of the total marijuana-using population. As for teenagers, the age group between 12 and 17 comprises about nine percent of the marijuana-using population. The data shows that about 1.8 million teens use cannabis, and about 6.9 million young adults use it.

This is concerning for a multitude of reasons. For one, even in states where marijuana is legal, the legal age of use is 21. That means much of the young adult and teen population that is using cannabis is underage. Furthermore, there has been a sharp drop in the perceived risk of marijuana among young people, partially due to increasing legalization. As more young people see marijuana as allegedly “safe,” more young adults and teens think it is okay to experiment with the drug.

The National Institute on Drug Abuse has also done a fair amount of reporting on growing marijuana trends among young people. Some of their data suggest that marijuana use among young people is the highest since the 1990s, as a surge of legalization and a stark difference of viewpoint regarding marijuana from one generation to the next has the youth of today turning to marijuana with increasing interest.

Citing another report by NIDA:

“In 2018, past-year use of marijuana reached an all-time high (43%) among young adults. One in 17 college students reported using marijuana daily or almost daily, compared to one in nine non-college young adults.”

What are the Long Term Effects of Marijuana Use for Young People?

No matter the age of the user, consistent marijuana use is going to have harmful effects. However, for young people, these harms are somewhat different than they are for adults.

Much of this comes down to physical development. A young person’s brain is still developing into their mid-20s, leaving it open to potentially permanent adverse effects from marijuana use. Included below are just a few examples:

According to the Centers for Disease Control and Prevention, repeated marijuana use in one's teen years can lead to difficulties with problem-solving, memory, learning, coordination, and focus later on in life. Marijuana use has also been directly associated with a decline in school performance, increased risk of mental health issues, impaired driving, and addiction potential.

An article from the National Institute on Drug Abuse documented a clear link between teen and young adult marijuana use and lower test scores on verbal memory. That article also highlighted the effect of marijuana use on a decline in IQ. When young people use marijuana, they often experience an acute drop in IQ. But when they continue to use cannabis, this drop in IQ can be permanent, even after they stop using cannabis.

"As people age, they lose neurons in the hippocampus, which decreases their ability to learn new information. Chronic THC exposure may hasten age-related loss of hippocampal neurons..."

The same NIDA article cited above discusses the effect that marijuana use has on memory and learning. Quoting the conclusion of the paper, “As people age, they lose neurons in the hippocampus, which decreases their ability to learn new information. Chronic THC exposure may hasten age-related loss of hippocampal neurons. In one study, rats exposed to THC every day for 8 months (approximately 30% of their lifespan) showed a level of nerve cell loss at 11 to 12 months of age that equaled that of unexposed animals twice their age.” Granted, human brains are not rat brains, but the evidence is problematic nonetheless.

Marijuana use has also been linked to increased risk for stroke, mainly when marijuana use occurs in one's youth. While the study could not prove that marijuana use causes strokes, per se, the study did show a direct relationship between adults who had strokes being more likely to have used marijuana in their younger years than adults who did not have strokes.

Drug Rehab – What to Do if Marijuana Use Becomes Marijuana Addiction

If you know someone who is using marijuana and who cannot stop using it, the solution for them is to seek the help of a residential drug and alcohol addiction treatment center. Sometimes, people try to downplay marijuana addiction as though it is not a severe and crippling issue, or as though it is not quite as bad as other drug problems. This is a huge mistake. Marijuana is habit-forming, and a marijuana addiction can easily lead one down a road to further drug experimentation and polysubstance abuse.

Don't let the above be the next chapter in your loved one’s life. Call Narconon today to help your loved one break free from drug use for life.

dangers of marijuana Marijuana Use During Adolescence Youth and Drugs
AUTHOR

Marijuana Use and Its Effects on the Mind

There's no doubt that marijuana has harmful effects. But as scientific studies of the drug continue to report their conclusions, it would appear that there is much in the name of harmful effects regarding marijuana that we did NOT know, not until now. 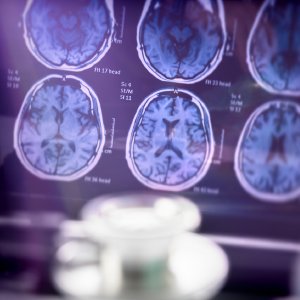 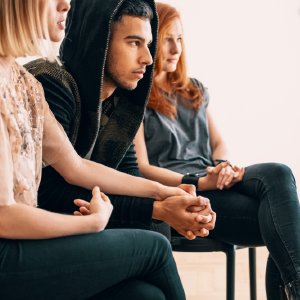