Marijuana Use and Its Effects on the Mind

As marijuana legalization has expanded over recent years, people need to understand the risks present in a drug that may now be legal in their state.

Unfortunately, while it’s becoming easier to find marijuana advocacy, it’s not often promoted in the mainstream media that, for example, continued use of marijuana during adolescence can lower IQ, cause memory loss, inhibit cognitive function, increase the risk for stroke, etc.

Marijuana Use During Adolescence

While marijuana use causes harm on multiple areas of the human body (cardiovascular and reparatory functions come to mind), much of the discussion on the effects of marijuana now revolves around how marijuana impinges on the human brain. For a long time, there was little scientific evidence to back up peoples’ inherent concerns regarding long-term harm from marijuana use. But recent research projects are beginning to shed light on what marijuana use actually does to people.

The National Institute on Drug Abuse released a report detailing substantial evidence on what marijuana exposure during development (adolescence) can cause in the long-term. Case in point, extensive use of cannabis, especially during one’s youth, can cause notable problems in one’s learning, memory, and cognitive function later on in life. Exposure to THC (marijuana’s primary psychoactive component) also alters the reward system in a developing mind, making it more likely that young marijuana users may experiment with other mind-altering substances.

The Effects of Marijuana on Memory

There is little doubt that the consumption of cannabis has the potential for short-term problems with thinking, memory, executive function, and psychomotor function (physical actions that require conscious thought, like driving a car or operating equipment or machinery). And when people use marijuana regularly and for extended periods (especially during their youth), there’s reason to believe that this can lead to long-term memory problems later on in life.

There is a physiological explanation for why marijuana use has these harmful effects. Marijuana’s main, psychoactive chemical, THC, causes its mind-altering effect by attaching to receptors in the brain. The receptors most affected by THC are receptors that also happen to be vital for memory formation. THC also affects the hippocampus, amygdala, and cerebral cortex, all of which are essential centers for psychomotor function, memory, cognitive thought, and executive function.

As legislation efforts expand and as some people across the United States adopt a more accepting stance on marijuana, much of the harmful effects of the drug are swept under the rug. And that’s pretty concerning, as the psychological and memory-related implications of ongoing marijuana use could not be more clear.

There’s a compelling and growing body of data that suggests marijuana use increases users’ risk for experiencing certain types of stroke. In fact, the American College of Cardiology released compelling research data suggesting that marijuana use raises the risk for both stroke and heart failure.

“Even when we corrected for known risk factors, we still found a higher rate of both stroke and heart failure in these patients, so that leads us to believe that there is something else going on besides just obesity or diet-related cardiovascular side effects.”

According to lead study author Aditi Kalla, MD, Cardiology Fellow at the Einstein Medical Center in Philadelphia, “Even when we corrected for known risk factors, we still found a higher rate of both stroke and heart failure in these patients, so that leads us to believe that there is something else going on besides just obesity or diet-related cardiovascular side effects.”

As for stroke risk, it was found that a specific type of stroke, ischemic stroke, was far more prevalent in people who had histories of marijuana use. It’s hypothesized that long-term marijuana use constricts blood vessels within the brain, making users more likely to experience an ischemic stroke.

More Long-Term Effects of Marijuana Use

Marijuana legalization comes with a great deal of risk. Quoting Esme Fuller-Thomson, a professor at the University of Toronto’s Factor-Inwentash Faculty of Social Work, “It is important to remember that the legalization of cannabis is not solely about a profitable new business. With more users and subsequently more people who are cannabis dependent, there will be very serious long-term mental health repercussions that individuals, families and the health care systems must address.”

When people become dependent on cannabis, (and some studies indicate that about one-third of cannabis users are cannabis-dependent), they experience a range of long-term harm. People with a history of cannabis dependence are much less likely to be in an excellent frame of mind or to have good cognitive skills. Furthermore, people who are marijuana dependent are more likely to suffer from mental struggles, to experience impaired cognitive function or hampered memory, etc.

The evidence is compelling. Not only is marijuana use harmful, but the more people use it and the longer they use it for seem to be factors in increasing that harm considerably. And last but not least, once people become dependent on marijuana, they may find it increasingly difficult to stop using the drug.

That is why treatment is so crucial for those who struggle with marijuana dependence. While the harm is clear and quite concerning, people can also benefit significantly from marijuana treatment. For those who find they cannot stop using marijuana despite the damage it is causing, the correct approach is to seek help through a drug and alcohol rehab program.

Marijuana use can waste valuable years and rob persons of their natural potential to excel in life. If you know someone who is using marijuana, be sure they get help today. 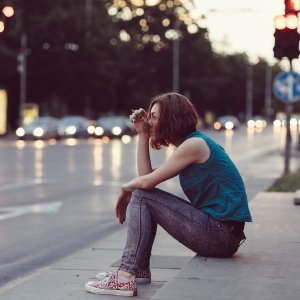