The seemingly endless progression of the opioid addiction epidemic in the United States has left many of us wondering, “What are we missing? Why have we not been able to reduce this problem?” Opioid addiction began to manifest itself as a growing problem in the early-2000s, and the crisis has done nothing but worsen since then.

Has the U.S. always had some degree of a drug problem? Sure. Has it always been this bad? Not even close. The last fifteen to twenty years have shown us the worst addiction crisis our country has faced in living memory. Massive research efforts have been undertaken to better understand the crisis. But still, the problem has surged forward.

A recent research project done by the University of Michigan sheds new light on the overdose aspect of the drug problem. The overdose crisis is one of the facets of addiction that we are most concerned about because this is the most common cause of death among drug users.

The U-M research sought to prove a connection between counties that have a high rate of overdose and counties where addicts living there have virtually no access to qualified addiction treatment. The data proves the severe need for making qualified addiction treatment accessible for addicts. It’s a critical need because this is a life or death matter.

Understanding the Connection between Lack of Treatment and Overdoses

According to the University of Michigan’s research: “In a study of more than 3,000 counties across the U.S., the researchers found that residents of 412 counties are at least twice as likely to be at high risk for opioid overdose deaths. The study … suggests strategies for increasing treatment for opioid addiction.”

According to the lead study author, Rebecca Haffajee, an assistant professor of health management and policy at the U-M School of Public Health: “We hope policymakers can use this information to funnel additional money and resources to specific counties within their states. We need more strategies to augment and increase the primary care provider workforce in those high-risk counties.”

The research went on to publicize its exact figures for counties which were the most at risk. According to their data, 412 counties were classified as “high-risk,” meaning that their populace was at high risk for suffering overdoses. The research was also able to note that the counties with the highest risk also had alarmingly high unemployment rates. The study concluded with an insistence that only by increasing our understanding of the opioid crisis can we begin to use our resources to combat the problem effectively.

The full research paper was published in the Journal of the American Medical Association.

We cannot necessarily implicate any one area of the addiction struggle or one aspect of the drug problem as being the leading factor as to why it has persisted. But we can draw a corollary between the lack of access to effective addiction treatment and the fact that there are still millions of Americans who struggle with drug and alcohol addiction.

Out of the total 2017 U.S. population of 325.7 million, there are 19.7 million addicts, which means that about six percent of our country’s population struggles with drug and alcohol addiction. That’s a significant percentage. It means that almost all of us know at least one person (probably a few people, to be honest) who struggles with drug and alcohol addiction.

With millions of people addicted, the importance of getting these people help as soon as possible could not be more evident—especially now that scientific data is indicating that a lack of treatment leads to overdose and potential death.

Addiction is no longer an unfortunate but relatively minor problem (if it ever was). We’re talking about millions of people addicted, hundreds of thousands dead since the turn of the century, and tens of thousands dying every year. If we can clearly see that these deaths are happening because of a lack of access to addiction treatment, shouldn’t we be doing everything we possibly can to make residential addiction treatment more available to those who need it?

When we start throwing around big numbers like tens of thousands, hundreds of thousands, and millions, the average person immediately starts to think that there is nothing that he or she can do about a problem of such magnitude. But that’s not actually true. It’s not true because all of us “average persons” comprise the population of the United States. If we all worked together on this and did our part, we could reduce the addiction crisis that has become a national public health emergency.

If you are struggling with drug and alcohol addiction, please get into treatment as soon as possible. Addiction is a deadly habit. Get help before it is too late.

Fentanyl Overdoses Still on the Rise

Some newsworthy developments on the subject of opioid overdoses have been published recently. On the one hand, recent reports indicate that overdose deaths from most opioids have dropped slightly. But those same reports also suggest that fentanyl-related opioid overdose deaths are continuing to increase. Alarmingly so in some areas. 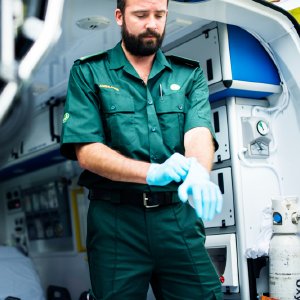 These Ten Drugs Are Responsible for the Most Overdoses

When someone who is struggling with a drug habit turns on their local news and hears a report about a “New, lethal strain of heroin” or a “New batch of fentanyl that’s killing dozens of addicts,” their first thought isn’t to mourn such a sad situation or to avoid those drugs.