Methamphetamine – The Drug That Ages People Far Beyond Their Years

Methamphetamine is arguably one of the “scariest” drugs out there, due primarily to the horrible effect the drug has on the bodies of those who use it. Though meth does not cause the same number of deaths as, say, opiates, just the faces of meth addicts are enough to show how terrible this drug is.

How does meth use have such a traumatic effect on the physical appearance of its users? Why is it that methamphetamine seems unique in this regard? Indeed, other drugs cause untold physical harm, but no other drug seems to age its users so far beyond their years.

How Meth Use Accelerates Aging

We’ve known for some time now that meth use has the effect of accelerating the aging process for those who use the drug. We’ve known this because we can see it, clear as day, on the faces of meth users. They are aged far beyond their years as a direct result of meth use.

And though the exterior effects of meth use are genuinely horrible, what meth is doing inside the body is much worse. On a cellular level, methamphetamine is attacking critical structures of a user’s cellular biology, causing severe, sometimes permanent damage.

There has been some research which shows, biologically, exactly how meth use ages the body. We can explain it pretty simply without getting too technical.

Researchers found that methamphetamine chemicals, once in the bloodstream, cause abnormalities in cellular fat metabolism. Meth chemicals trigger extreme inflammation. Meth chemicals also set off a chain reaction in which “ceramides” are formed within the body. Ceramides are pro-inflammatory molecules that, if there are too many of them, can foster cell aging and death.

In a nutshell, meth use causes a physiological reaction within the body where specific proteins, lipids, and other, ordinarily valuable molecular systems are put into a sort of “cellular cascade” where methamphetamine-induced signaling leads such molecular structures into overdrive. The result is rapidly increased cellular aging and cellular death. That has a direct consequence on the overall aging process.

And not only do meth addicts look older because of all of this, but they also feel older. Meth addicts, though they may be young in years, are more likely to have diseases associated with aging like coronary atherosclerosis and pulmonary fibrosis.

As people continue to use meth, the toxic nature of this drug continues to attack the brain and other organs. Organs begin to struggle in performing just their basic functions, and that harms all aspects of the body. Meth use changes the very cellular and molecular structure of the body, affecting much of the body’s regulatory systems that keep the body functioning well. The longer someone uses meth for, the more likely they are to experience permanent damage because of it. That’s why it’s so crucial to help meth addicts get into treatment as soon as possible.

The Long-Term Effects of Meth Use – A Terrible Future Ahead

As we alluded to above, advanced aging is not the only effect of meth use. The more someone uses this drug, the more likely they are to suffer harm from it, to suffer from multiple adverse side effects.

Some of the long-term effects of meth use include insomnia, mood disturbances, violent behavior, confusion, anxiety, etc. Meth use has also been known to bring about psychotic symptoms, such as paranoia, hallucinations, delusions, etc. Another long-term effect of meth use is impaired cognitive decision-making and enhanced habit-forming tendencies. Loss of motor function, memory loss, weight loss, deficits in the ability to think cognitively and analytically, the list goes on.

The Importance of Getting Your Loved One Into Treatment

With the above data on the severe effects of meth use, it comes as a concern that not only is meth addiction quite prevalent in the U.S., but it’s increasing too. And not only that, but the type of meth that addicts are using is becoming more potent. Some strains of meth, like a new strain from Mexican cartels called “Meth 2.0,” is so potent that it’s killing users.

In 2017, 10,333 people died from meth-related overdoses. Compare that to 547 deaths in 1999, and it’s clear to see that not only are more people using meth, but the meth they are using is more toxic and lethal. And to make matters worse, people are starting to use meth in tandem with opiates, a particularly dangerous combination.

If you know someone who has been pulled into the clutches of an addiction to meth, you have to make it your priority to get that person help. And you can’t just send them to any treatment center either. It has to be a center with the resources, tools, know-how, staff, and programs necessary to tackle a meth addiction. That’s why picking the right treatment center is so important.

Meth rehab has to address both the psychological aspects and the physical factors of addiction. Meth is a poison that ends up being stored as metabolites in the body’s fat cells. Whenever an individual’s body metabolizes anything, a small amount of those metabolites are released into the bloodstream, causing cravings. That’s why recovering meth addicts may still experience cravings many years later if they do not go to a treatment program that can effectively rid the body of all meth residues.

Once a treatment center addresses all of the physical aspects of meth addiction, it’s essential to then address the psychological factors. Recovering meth addicts need to learn life skills; they have to be able to tackle the challenges of life and its various problems without using drugs. They need to learn the morals and ethics needed to live a good life. The treatment center has to teach recovering addicts how to be responsible, productive, and contributing members of society.

Narconon exists as a unique tool for effectively and safely helping people escape the trappings of drug addiction, and that includes meth addiction. Narconon can address both the physical and the mental sides of addiction, which is incredibly beneficial for recovering addicts. If you know someone who needs help with a meth addiction, please contact Narconon today.

Meth addiction is skyrocketing, despite the clearly harmful nature of meth use. Why is meth growing in popularity? And what can people do to curb this problem? 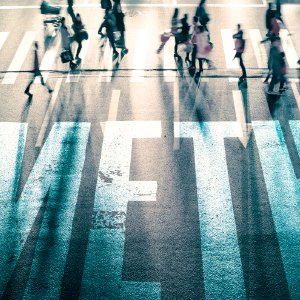 How a Meth House Contaminates the Surrounding Area

When we think of methamphetamine, we often think of just the drug itself, and perhaps the addictions that that drug creates. True enough, that is absolutely something to be concerned about.