Trying to Have a Baby? A New Study Suggests Mom AND Dad Should Cease Alcohol Consumption

A new study from the European Journal of Preventive Cardiology has drawn a link between alcohol consumption before pregnancy and future, congenital birth defects. And what’s really interesting about this research is that it shows harm occurring in an unborn child due to both Mom’s and Dad’s drinking habits, prior to conception.

This new information provides an entirely new line of reasoning for why couples who are trying to conceive should not drink, especially not to excess. And perhaps for the first time, the man’s drinking habits are brought under scrutiny. No longer is all of the attention on the soon-to-be mother.

While the new data is quite a lot for expecting parents to take in, it is ultimately useful data to have. Now future moms and future dads can work together towards a healthier lifestyle, particularly when they decide to start a family.

The research comes from the European Journal of Preventive Cardiology. The full research document can be found on the journal’s website. And for quick coverage of the research, U.S. News contributor Steven Reinberg published a summary of the findings.

We’ve known for some time that women who were trying to have a child should not drink alcohol. But not only should they refrain from drinking while pregnant, but they shouldn’t drink while trying to get pregnant either.

The father’s drinking has quite a marked effect on this. If a father drinks in that three-month window before conception, he boosts the risk of congenital heart disease by 44 percent. And if the mother drinks in the six-month window, (three months prior to conception and the first trimester), she increases the risk by 16 percent. And when binge drinking was involved, that raised the risk of congenital heart disease to 52 percent more likely due to father’s drinking.

The research is not entirely detailed on why increased levels of alcohol consumption in would-be parents before conception would have a marked influence on future chances of congenital heart disease. It's possible that the researchers just don't know yet. There's a lot that is still unknown about the intricacies of pregnancy, especially in the first trimester. However, the researchers were able to note a markedly higher occurrence of congenital heart disease in babies whose parents drank before and during pregnancy. The cause of the connection may still be unclear. But the fact that there is a connection is undeniable.

Quoting Dr. Jiabi Qin, the study’s author and a researcher at the Central South University in Changsha, China, “Binge drinking by would-be parents is a high risk and dangerous behavior that not only may increase the chance of their baby being born with a heart defect, but also greatly damages their own health. … We observed a gradually rising risk of congenital heart diseases as parental alcohol consumption increased.”

According to No FAS, an organization dedicating to preventing Fetal Alcohol Syndrome, no amount of alcohol is known to be safe for a developing baby before birth. That is why it is so essential for expecting mothers, and now expecting fathers, to refrain from drinking in the months leading up to and during pregnancy.

The statistics on babies who are adversely affected by alcohol are pretty alarming. According to No FAS, alcohol causes more harm than heroin or cocaine during pregnancy.

No FAS goes on to talk about the prevalence of alcohol exposure in unborn and infant children. “An estimated 40,000 newborns each year are affected by FAS, Fetal Alcohol Syndrome, or have FASD, Fetal Alcohol Spectrum Disorders. One in 100 babies have FASD, nearly the same rate as Autism. FASD is more prevalent than Down Syndrome, Cerebral Palsy, SIDS, Cystic Fibrosis, and Spina Bifida combined.”

No FAS goes on to talk about how alcohol use during pregnancy is currently the leading preventable cause of congenital disabilities, developmental disabilities, and learning disabilities in babies. It is a severe issue in the U.S., and it needs to be addressed.

When we decide to have kids, the health and well-being of those children should be our top priority. And given that alcohol has no real benefit or value from a health standpoint, giving up alcohol before, during, and after pregnancy is not asking much of parents who have their newborn's best interests at heart.

Residential drug rehab centers that offer long-term programs can help people overcome the underlying issues and life struggles that create substance-seeking behavior. Trying to have a baby when one is mired in a severe crisis of addiction is merely inviting utter catastrophe. If you or someone you know is struggling with a drug or alcohol problem, make sure they get help as soon as possible. Getting off of drugs and alcohol has to be the priority. It has to be the first thing we address.

The research is more than apparent. Would-be parents and expecting parents alike should not consume alcohol in the months leading up to, during, and following pregnancy. It is simply the healthiest decision that they can make, not only for their baby, but for their health, too.

We’ve known for a long time that there can be adverse effects of alcohol consumption. And when we hear about the health implications of drinking, it almost always has something to do with the over- consumption of alcohol (an event known as binge drinking). 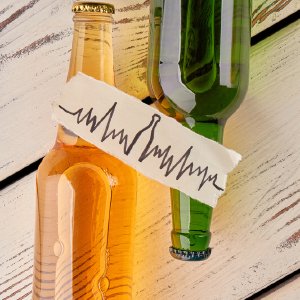