Just reading the title of this article may be enough to inspire concern and perhaps even repulsion. It is a bit of a shocker, really, to hear that opiate addicts are turning to anti-diarrhea drugs to get their fix. But this is actually happening. The misuse of the common anti-diarrhetic, Loperamide, can create a high similar to that of an opiate high. Taking loperamide to excess can also reduce opiate withdrawal symptoms. People will often self-medicate on loperamide when they run out of opiate drugs so as to avoid terrible withdrawal symptoms.

This is a wakeup call that, yes, addicts will truly go to any length to get their fix. It is a testament to the incessant pursuit that addicts have for their high, willing to down hundreds of loperamide pills to get an opiate high. Depending on the addict and their tolerance level for opiates, some addicts will have to take five-hundred loperamide pills to get the high that they seek from it.

Loperamide is legal, but that doesn’t mean that it isn’t dangerous when addicts take it to excess like that. In fact, any drug or medicine or even vitamins would be dangerous to a person if they took five-hundred capsules or pills in one day like that. According to the Food and Drug Administration, taking loperamide to excess can cause serious heart problems that can lead to death. This is not a drug that people should be consuming for purposes other than it is intended for. No drug is.

Loperamide has a slight trace of opium in it to accomplish the necessary effects of addressing diarrhea. The FDA’s alert came out in 2016 to remind people that, as the over the counter medicine has opiates in it, there is danger in taking too much of it. The FDA warning also made it so that doctors prescribing loperamide had to warn patients of the risks involved with taking the substance.

Economics of an Opiate Crisis

According to experts, the economics of the opiate crisis is causing addicts who can no longer afford opiates to seek out unconventional solutions to their already unpleasant problems. Some addicts will spend hundreds of dollars a day to support their habits. When opiates become scarce and withdrawal symptoms start to kick in, addicts become very creative and desperate to get their fix.

Another factor here is that loperamide gets cheaper and cheaper the lower in quality and brand one wants to go with. An addict can get a box of four-hundred store-brand loperamide caplets for about ten to twenty dollars. That is enough to get one high and to stave off withdrawal symptoms in tandem. Of course, given the active ingredients in such drugs, taking four-hundred anti-diarrhea drugs does a number on one’s digestive system and on their cardiovascular and respiratory system too.

It is decisions like these that show the true, self-destructive nature of addicts. Addicts need information and help and treatment for their problems before they self-destruct their own lives. They need to know that there are solutions to even the toughest of addiction situations. Addicts need help too. They can’t kick their habits on their own. Through effective treatment though, anyone can find freedom and abstinence from even the harshest of addiction struggles.

Just this past week, we had a mother call the Narconon Arrowhead’s Drug Rehabilitation and Education Helpline. She was from Bentonville, AR desperately asking for help with her son’s addiction. Apparently, the son had an old sports injury causing him some major pain which leads to his Doctor prescribing an opioid therapy and it wasn’t long before her son was abusing the drug, which isn’t surprising considering that 1 in 5 people prescribed opioids by their Doctor get addicted. 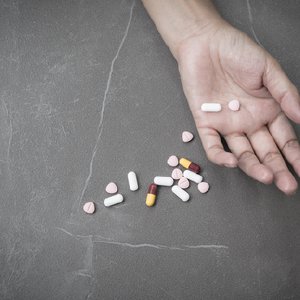 From an Opiate Addict: A Day Addicted to Opiates

Opiates are the most addictive and dangerous drug and for an opiate addict, their life revolves around getting the next fix and high. It is all they think about and all they have time for. Getting high is their life. 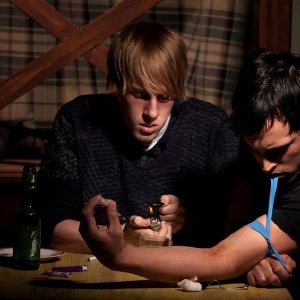