When we look at the news and general media discourse regarding drug and alcohol addiction, the subject matter is not that encouraging. It is easy enough to find headlines on “The Top Five States Most Affected by Drug Addiction,” or “The Three States with the Worst Drug Overdose Problems,” or “These Ten Cities Have the Most Drug Use in the Country,” and so on. Those are the headlines that draw the most attention, the subject matter that news-savvy individuals find the most exciting and eye-catching.

At the very least, it would be interesting to learn which areas these are. At most, we might be able to understand the disparity between regions that have few drug issues and the areas which have serious drug issues. We could understand better why drug problems are a bigger problem in some areas compared to others.

East versus West—Looking at the Opioid Overdose Rates

Most people understand at this point that the opioid crisis is one of the worst, if not the worst drug problem in the United States right now. It is undoubtedly the most lethal drug problem at this time.

The National Institute on Drug Abuse has a map which breaks down, geographically, the opioid overdose death rate in each state and region in the U.S. According to the map and its accompanying data, the West Coast and the western states in the Midwest tended to fair pretty well for avoiding overdose deaths. The map shows that opioid overdose deaths are not shared equally across the United States. By far, the Northeast, eastern Midwest, and the Southeast are hit the hardest by opioid overdoses.

What made for this stark difference in overdoses, East Coast to West Coast? While we can’t nail down one deciding factor precisely, it is likely that the sheer disparity in pharmaceutical distribution in the late-1990s and early to mid-2000s played a significant role. This is to say that, when pharmaceutical companies began to push their opioid drugs heavily on doctors and consumers, these companies were sending their drugs to mining communities in Appalachia, the poor South, the depressed, economically downtrodden manufacturing towns of the Midwest, the densely populated cities of the East Coast, the rural Northeast, and so on.

Big Pharma companies worked with local doctors and pharmacies in these areas to create a massive proliferation of highly addictive prescription drugs. Pharmaceutical companies simply did not distribute opioid pain relievers to the west side of the nation as much as they did to the east side.

Opioid Prescribing—Key Insights to Where in the U.S. Opioids Are Pushed

I think we can all agree that no matter where you go in the United States, the degrees and levels of physical pain felt by locals will be about the same. Pain statistics should be about the same in every U.S. state. It would be more than a little silly to theorize that some states struggle with significantly higher pain problems than others do. Therefore, in a perfect world, every state would receive about the same degree of pain treatments and pain relievers.

So why is it that some states receive several times more painkiller shipments and prescriptions for painkillers than others do? Again, we have a concerning disparity in the opioid sector—a discrepancy which has created an addiction epidemic in some areas while leaving other regions mostly untouched.

An interesting research piece published in Forbes discussed the drug problem in depth, sticking mainly to opioid drugs, and exploring substantial disparities in different regions across the U.S. when it came to various factors of the opioid crisis.

Here is what the article found on opioid prescribing. The states which had the most prescriptions per capita filled out for opioid pain relievers were:

The regions which had the least prescriptions per capita filled out for opioid pain relievers were:

Let’s look at another sector by which we can gauge a region’s drug presence: drug-related arrests. When regions have very low drug-related arrests, that usually means that area has done an excellent job at keeping trafficked drugs out of that region.

Conversely, when a region has a high number of drug-related arrests, it can mean that drug policy in that area is such that local law enforcement cracks down more heavily on low-level offenders. It can also mean that the region is on the crossroads of significant trafficking operations. Or it can mean simply that the area is a hotspot for illegal drug use.

The five areas with the most drug arrests are:

Most of those states lie in the Midwest region, which makes sense. The Midwest is currently a hotspot for opioid misuse, particularly with illegal, street-dealt fentanyl and other synthetic opioids.

The areas with the fewest drug arrests per capita are:

We can learn quite a bit from studying the nation as a whole and comparing different regions and their drug issues (or lack thereof). Our goal, however, has to be on creating drug-free communities all across the nation.

There are several ways to go about that. For one thing, we have to increase access to addiction treatment for those who need rehab but can’t seem to get it. We also need to reduce pharmaceutical opioid prescribing. Furthermore, we need to shift from a pro-incarceration stance to a pro-rehabilitation position. Regions all across the nation are showing us that the drug problem can be resolved and it can be protected against. Let’s all work together until this epidemic is a thing of the past across the entire nation.

In my morning reading, I happened across an article in U.S. News which discussed the disparity of the opioid crisis in America. The report, written by Robert Preidt, a HealthDay reporter, focused on the opioid turmoil as it has touched down in Indiana, Kentucky, Massachusetts, Maryland, Maine, New Hampshire, and Ohio.

Why Naloxone (By Itself) is Betraying Americans Addicted to Opioids

You may have heard that the Midwest and Northeast have been swept by a deadly wave of drug overdoses in the last year. As the number of overdoses rose, more police, fire departments and hospitals were supplied with the opioid antidote naloxone. But naloxone by itself is not a solution to addiction. 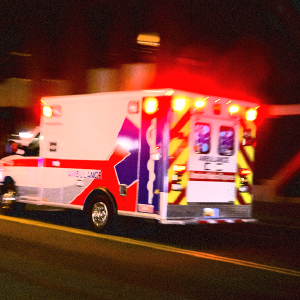