What about Marijuana Use Is Addictive?

For some time now our country has been in a debate on marijuana. Should we legalize? Shouldn’t we? Is marijuana harmful? Or is it harmless? Is it habit-forming? Or is it a recreational substance with few negative side effects? Finding common ground on the issue is not easy, and each side has a wealth of data and rhetoric to support their viewpoints.

So how do we get to the bottom of it? Where can we find the truth about the addictive nature of marijuana?

It’s not always easy to find published research on marijuana—valid, authoritative research that offers a non-biased analysis of the drug. However, a study titled “U.S. Epidemiology of Cannabis Use and Associated Problems” sought to explore the habit-forming and potentially addictive factors associated with marijuana use without following an agenda or diving into full-scale vilification of the drug. The full study is available at the U.S. National Library of Medicine.

The study authors did suggest that medical marijuana was perhaps the lesser of two evils. (The study briefly discussed increasing instances of pain patients and mental health patients using medical marijuana as a substitute for opioid painkillers and psychiatric drugs). However, the bulk of the research pointed out the potentially addictive nature of marijuana.

For example, this is the introductory paragraph of that study, quoted here to show a scientific observation of what happens when people use marijuana:

“This review provides an overview of the changing U.S. epidemiology of cannabis use and associated problems. Potential problems include harms from prenatal exposure and unintentional childhood exposure; decline in educational or occupational functioning after early adolescent use, and in adulthood, impaired driving and vehicle crashes; cannabis use disorders (CUD), cannabis withdrawal, and psychiatric comorbidity. Evidence suggests national increases in cannabis potency, prenatal and unintentional childhood exposure; and in adults, increased use, CUD, cannabis-related emergency room visits, and fatal vehicle crashes.”

That’s a long list of the potential harms in using marijuana. The last line of the paper’s introduction reads, “The public, health professionals, and policy makers would benefit from education about the risks of cannabis use, the increases in such risks, and the role of marijuana laws in these increases.”

That seems sensible enough. If lawmakers are going to decide on the legality of marijuana, it would do them well to have the full story on the drug, what it is, the potential for it to be addictive in those who use it, and the harmful effects of extended and ongoing use of cannabis.

The above study, “U.S. Epidemiology of Cannabis Use and Associated Problems,” is not the only scholarly research paper that talks about the proven, harmful effects marijuana. Another scholarly article, this one published in the Oxford Academic ILAR Journal and the U.S. National Library of Medicine also showed the addictive nature of the drug.

According to “Marijuana Dependence: Not Just Smoke and Mirrors”:

“Marijuana is the most commonly used illicit drug worldwide as well as in the United States. Prolonged use of marijuana or repeated administration of its primary psychoactive constituent, THC, can lead to physical dependence in humans and laboratory animals. The changes that occur with repeated cannabis use include alterations in behavioral, physiological, and biochemical responses. A variety of withdrawal responses occur in cannabis-dependent individuals: anger, aggression, irritability, anxiety and nervousness, decreased appetite or weight loss, restlessness, and sleep difficulties with strange dreams.”

Clearly, there are harmful ramifications for using marijuana.

The National Institute on Drug Abuse Weighs In

Perhaps the most respected authority on substance abuse, the National Institute on Drug Abuse, weighed in on the marijuana issue. NIDA published a full article on the subject, talking about the increased risk in marijuana when it is used by young people, the fact that marijuana has increased in potency over the years, and so on. But just for context, we’ll take a look at one small section of their report:

“… People who begin using marijuana before the age of 18 are four to seven times more likely to develop a marijuana use
disorder than adults.”


Again, it seems as though the consensus among verifiable research is that marijuana can be harmful, it does have adverse effects on people, and it could lead to addiction.

The point where most anti-marijuana drum beaters err is when they absolutely vilify the drug. When they say it is as bad as heroin, support mandatory minimum criminal sentences for marijuana users, say that people who use marijuana are “bad people,” etc.

But wouldn’t you want to not get hit at all?

Marijuana presents the user with a slippery slope. Use of the drug can incite more drug use, and it can lead users onto a path that becomes more difficult to break free from with each passing day. Furthermore, marijuana use itself is habit-forming, inspiring people to continue using the drug over and over again to experience the same results from it.

A better approach would simply be not to use marijuana. It’s the healthier life choice, the sensible one, and the ethical one. Use leads to habit, habit leads to physical cravings and personal reliance on the substance. That leads to marijuana use disorder, which, in some cases, that can lead to addiction. The only guarantee of avoiding marijuana addiction is simply not to use marijuana in the first place.

There’s Always a Way out of Addiction

If one feels they cannot stop using marijuana on their own, or if one’s marijuana habit leads to other forms of drug use, it’s time to seek help. No matter what drug someone is using, there is always a way out, a path to freedom from the habit. If you are seeking help for yourself or a loved one, whether marijuana is a part of the issue or not, do your best to find and access a residential drug and alcohol addiction treatment center.

The Deepening Problem of Marijuana

Recent news reports from Colorado have revealed that apparently, residents of that state were misled about the effects of legalizing recreational marijuana. One of the promises of legalization advocates was that legalizing the drug would bring its distribution under control. 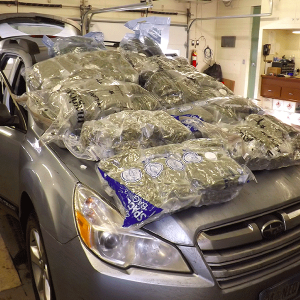