Meanwhile, alcohol misuse also surged, with alcohol-related deaths climbing higher and higher each year. This epidemic, however, has not been as frequently discussed or reported on. For example, tens of thousands of Americans die from alcohol poisoning and alcohol-related illnesses and injuries each year, yet this gets little mention in the media.

Alcohol poisoning is a serious health concern. Americans should know what it is, how often it occurs, what to look for when trying to spot it, and how to respond to it.

Alcohol poisoning is a medical emergency. When someone experiences this phenomenon, it is essential to get them medical help as soon as possible. They may experience serious harm, possibly even death, if they don’t receive medical attention quickly.

How Easy is it to Overdose on Alcohol?

The Mayo Clinic warns that alcohol poisoning can occur much more easily than many people might think. An episode of binge drinking (something that 25% of American adults do every month) can lead to alcohol poisoning. Quoting the Mayo Clinic, “A major cause of alcohol poisoning is binge drinking—a pattern of heavy drinking when a male rapidly consumes five or more alcoholic drinks within two hours, or a female rapidly consumes at least four drinks within two hours. An alcohol binge can occur over hours or last up to several days.”

The more alcohol a person consumes (especially when consumed in a short period), the more they are at risk for an overdose. Several factors can increase one’s risk of alcohol poisoning, including the individual’s size and weight, health, whether they’ve eaten recently, the percentage of alcohol in their drinks, the rate and amount of alcohol consumed, and their tolerance level.

Alcohol Overdose Deaths – A Look at the Numbers

The Centers for Disease Control and Prevention put forth some information on alcohol poisoning fatalities. According to their data, about six people die from alcohol poisoning in the United States every day, totaling in well over 2,000 deaths each year.

But that number does not fully encompass the danger and harm caused by alcohol poisoning. Even if an individual does not die from alcohol poisoning, such poisoning causes serious damage to the body, potentially even permanent damage.

Most people who die from alcohol-related causes die from a gradual buildup of harm and physiological damage caused by ongoing alcohol abuse. According to the National Institute on Alcohol Abuse and Alcoholism, about 95,000 people die every year from alcohol-related causes. Even if an alcohol overdose does not end in a fatality, it can cause serious damage, potentially contributing to an alcohol-related fatality later on in life. That’s why it is important to address alcohol poisoning when it occurs and then ensure the individual gets professional help for their alcohol misuse or their addiction.

Signs, Symptoms, and What You Can Do

Some signs that an individual who has been drinking is going through alcohol poisoning include:

An individual does not have to be experiencing all of the above symptoms to be going through an incidence of alcohol poisoning. And a person who becomes unconscious after drinking and cannot be awakened is at risk of dying. If you suspect someone has alcohol poisoning, seek immediate medical care for them.

Getting Help for an Alcohol Addiction

If you know someone who cannot control how much alcohol they consume or how often they consume it, you should do everything you can to get them professional help. Alcohol addiction is not something one can overcome on their own. And it is not something that will go away on its own without actively addressing it through treatment.

If you have a family member, loved one, colleague, or friend who drinks too much too often, please get them help at a drug and alcohol treatment center as soon as possible.

How to Talk to a Loved One About Their Drinking

Alcohol is unique in that, while it is most definitely a mind-altering substance, its use is also quite normalized in day-to-day life. Where do you draw the line? How do you know what qualifies as alcohol use and what qualifies as misuse? 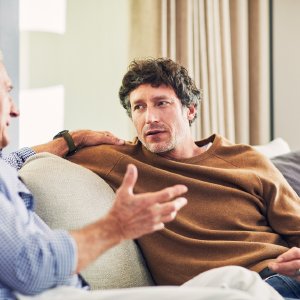 Before I came here, my mom would talk about how what I’m doing to myself was killing her too! I can see that MOM is now full of life too, and that is really cool. I have a passion for life again, not just a body that’s going through the motions. 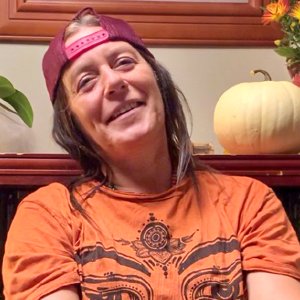