Though alcohol consumption has been more than normalized within American culture, each year brings more findings on the serious health implications of drinking. For example, a recent study found that 700,000 annual cancer cases are brought on by alcohol consumption. When will Americans recognize the risks of alcohol and stop drinking? How much more evidence is needed to make it clear that alcohol is harmful and poses risks, even when one does not drink to excess?

For the longest time, people have believed that moderate drinking is safe, with zero health risks. This could not be further from the truth. While the health risks from drinking alcohol do increase dramatically the more alcohol one consumes and the more often they consume it, what has been traditionally called “normal” or “moderate” drinking does carry some risk.

“Our study highlights the contribution of even relatively low levels of drinking to rates of cancer, which is concerning, but also suggests that small changes to public drinking behavior could positively impact future cancer rates.”

The recent findings by Lancet researchers are just one example. Quoting study co-author Harriet Rumgay of the International Agency for Research on Cancer, “Our study highlights the contribution of even relatively low levels of drinking to rates of cancer, which is concerning, but also suggests that small changes to public drinking behavior could positively impact future cancer rates. We urgently need to raise awareness about the link between alcohol consumption and cancer risk among policy makers and the general public. Public health strategies—such as reduced alcohol availability, labeling alcohol products with a health warning, and marketing bans—could reduce rates of alcohol-driven cancer.”

Alcohol is not only dangerous when consumed to excess. Drinking alcohol, especially when one drinks alcohol regularly and over time, can contribute to cancer development by causing DNA damage, by affecting hormone production, and by worsening the cancer-causing effects of tobacco and other substances. Unfortunately, according to the National Institute on Alcohol Abuse and Alcoholism, at least half of American adults report drinking alcohol regularly.

It’s been proven that there is a clear pattern between alcohol and various types of cancer, including:

As if that were not harmful enough, alcohol consumption and its causal relationship to multiple types of cancer is just one of the costs of drinking. There are many others. Again from NIAAA research:

Drinking alcohol can have a detrimental effect on the brain, negatively impacting neural pathways and affecting how the brain looks and works.

Consuming alcohol can take a dramatic, sometimes even life-threatening toll on one’s liver. As the liver is the organ that processes alcohol, it can experience multiple critical health issues from being made to process too much alcohol too often, including steatosis, alcoholic hepatitis, fibrosis, and cirrhosis.

Yet another toll that alcohol takes on the human body is the harm that alcohol has on one’s immune system. Given the recent COVID-19 pandemic and the serious public health toll of that highly contagious illness, Americans would do well to consider the effects that alcohol consumption has on their body’s natural immune response. Scientists at the NIAAA already know that drinking too much alcohol can make one more likely to contract diseases like pneumonia and tuberculosis, even up to 24 hours after drinking. One can surmise that drinking alcohol would also make one more likely to contract COVID-19.

The Damage and its Scope; How Alcohol Harms Our Society

Addiction Treatment; What to Do When Alcohol Consumption Becomes Uncontrollable

Country Music and Alcohol – Not a Healthy Mix

While art can take many forms and still be appreciated even when controversial, people should monitor the effects that their favorite art has on their lives. For example, when one of the most popular and appreciated music genres in the nation, country music, starts emphasizing alcohol in its lyrics, fans should be concerned. 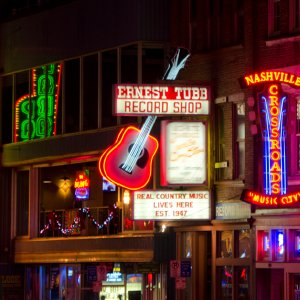 Even though Americans were not going out to bars, clubs, or parties during COVID-19 lockdowns, at-home alcohol consumption soared, with skyrocketing liquor sales more than making up for the dip in bar and restaurant alcohol sales. Unfortunately, alcohol misuse at home inevitably became alcohol addiction at home. If people do not get help for their alcohol addiction problems now, they are more at risk for serious harm in the coming days. 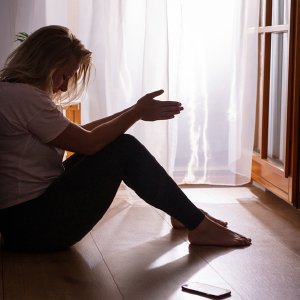