Why Did Overdoses Drop in 2018 and Why are They on the Rise Again?

When the CDC reported the total number of drug overdose deaths in 2018, much of America rejoiced because the numbers for 2018 meant that was the first year in decades that overdose deaths dropped. It was good news.

The problem was, no one at the time knew why drug overdoses had fallen. Was the U.S. government doing something correctly in its efforts to address the drug problem? Were more Americans merely coming to realize how dangerous drugs were? Were more addicts seeking effective treatment options?

One research group from the University of Pittsburgh Graduate School of Public Health investigated the drop in overdoses and arrived at a pretty surprising conclusion. As it turned out, the brief fall in drug overdoses had almost nothing to do with the United States at all.

How Researchers Drew a Connection Between Crackdowns on Foreign Drug Trade and a Drop in U.S. Drug Deaths

Though the drop in overdoses in 2018 appeared to be a victory, a closer look found that it was merely a return to the historic growth curve in drug overdoses that had been ongoing since 1979.

What’s significant about the timeline is that carfentanil, an opioid known to be 10,000 times more potent than morphine and not at all intended for human consumption, had made its way into the United States in 2016 and 2017. It had never been in the U.S. before 2016, and it’s prevalence on the drug market then dropped significantly just two years later in 2018.

So the 2016 and 2017 spike in drug overdoses is almost certainly the result of the new carfentanil supply in the U.S. market. It was a fresh surge of a highly lethal drug that is intended as a large game tranquilizer, not as a medicine for humans. In late-2017, China (the primary source of carfentanil) added the drug to its list of controlled substances and the U.S. supply dried up almost immediately.

“The U.S. has not bent the curve on the drug overdose epidemic. We are concerned that policymakers may have interpreted the one-year downturn in 2018 as evidence for an incredibly effective national response or the start of a long-term trend. Unfortunately, that isn't supported by the data.”

According to Dr. Donald Burke, professor of Health Science and Policy in Pitt Public Health’s Department of Epidemiology:

“We all celebrated when the overdose death rate dropped, but it was premature. When policymakers believe a problem is solved, history has shown that funding is reprioritized to other efforts. The drug overdose epidemic is not solved. It continues to track along an ever-rising curve, with deaths doubling nearly every decade. We must address the root causes of this epidemic.”

For more information on the research and its conclusions, the Wiley Online Library has the full research document, and Science Daily offers a summary along with more commentary from the study’s authors.

Preliminary Overdose Reporting for 2019 Suggests the Pittsburgh Researchers Were Correct

The Centers for Disease Control and Prevention have not yet released their completed findings for total drug deaths in 2019. But there is preliminary data on how many people died from drugs that year. According to the CDC, somewhere around 72,000 Americans died from overdoses in 2019. If that reporting is correct (and the CDC believes it may only be off by a few hundred deaths), then overdoses did indeed increase by more than 4 percent from 2018’s death toll.

When the CDC data for drug deaths in 2016, 2017, 2018, and 2019 is compared back to back (as well as taking into account the last several decades of drug deaths), it becomes clear that 2018’s dip in drug deaths was indeed an anomaly. It was a momentary change in a drug supply that did no more than take the U.S. back to its initial overdose growth rate. As the data suggests, 2016 and 2017 were particularly bad years for drug overdoses, 2018 was a very slight change for the better, and 2019 resumed the trend of concerning, growing drug overdose deaths.

How We Can Create Real and Lasting Change in the U.S. Drug Crisis

It is somewhat discouraging to learn that the slight drop in overdoses in 2018 is more the result of something another country was doing than anything the U.S. did. However, the good news is that Americans can make a significant difference in the drug problem, primarily by insisting that people they know who struggle with addiction get treatment as soon as possible.

The way to prevent an overdose death is to help those addicted get off of drugs and alcohol. Addiction is not something that goes away on its own. And overdoses are back on the rise.

Addiction only gets worse the longer it goes untreated. And addicts can rarely get off of drugs on their own. Unfortunately, people who struggle with addiction often do not feel that getting off of drugs is even an option for them. They may want to get off of drugs, but they don’t believe they can. That is why the family members and loved ones of addicts must step in and do everything they can to help their loved ones get into treatment.

If you know someone who is struggling with an addiction to drugs and alcohol, please do not sit idly by and allow them to ruin their lives with drug abuse. Keep in mind the shocking death toll from drug and alcohol addiction and the fact that it’s up to individual families and loved ones of addicts to help make the difference in their lives. Please contact Narconon today to take the first step towards saving your loved one’s life.

The Journal of the American Medical Administration just released a report itemizing the top causes of death in the U.S. for 2020. According to their data, drug overdoses were one of the leading causes of death that year. 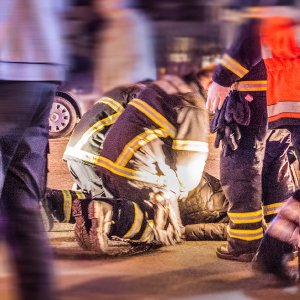 The trafficking and abuse of new synthetic opioids are deadly trends. 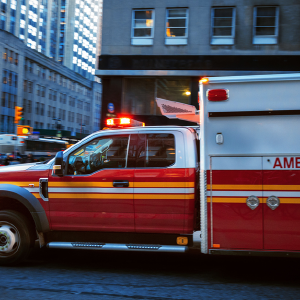