There is no doubt that a connection exists between exposure to advertising and an increased likelihood of purchasing the products or services advertised. This is true with alcohol advertising, and recent data has shown that young people are increasingly exposed to such advertisements. The more frequently that young people see advertisements for alcohol, the more likely they may be to start experimenting with alcohol.

To protect people from experimenting with alcohol at a young age, laws should be passed that restrict alcohol advertising much in the same way that tobacco advertising has been restricted.

Advertising has a specific goal, to get viewers to purchase the product or service advertised. Alcohol manufacturers spend hundreds of millions of dollars on ad campaigns each year, aggressively marketing their intoxicating product to the American people.

Alcohol is a known, harmful substance, yet it is not marketed in this way. And to make matters worse, new research indicates that young people (under the age of 21) are increasingly exposed to alcohol advertisements. One study from March 2020 found that young people spend more time on the internet and are therefore more likely to see digital alcohol advertisements. Quoting the authors, “Alcohol-related social norms were shown to mediate the association between social media use, both at a correlational and longitudinal level, and the association between alcohol use and television use and alcohol use, at a longitudinal level, which may imply that these promote positive social norms towards alcohol use, subsequently increasing adolescents’ drinking behaviour.” In layman’s terms, that means that there is a strong connection between youth-positive imagery used in alcohol advertising, increased exposure of young people to alcohol ads, and underage drinking.

The authors went on to demonstrate how alcohol companies effectively normalize alcohol consumption among young people by marketing to them on platforms frequented by individuals in that age group (like social media websites and apps). Simply stated, alcohol marketers have found ways to create social norms through social media ads that target underage people. In virtually all of these advertisements, alcohol consumption is shown in a positive manner and is never depicted negatively. The ads portray a false narrative about what alcohol consumption is like, suggesting that people will be “cool” and “popular” if they drink alcohol.

The study authors also suggest that, because young people are more vulnerable to this messaging than older adults are (more prone to be pressured into doing things that they think will make them “cool” and “popular” and help them fit it), they tend to be more engaged when frequently showed alcohol ads online. Another factor that is prominent among young people is that they spend more time online (and therefore have more time to see alcohol ads).

Alcohol advertisements are becoming increasingly digitalized, shifting from television ads and roadside billboards to ads in online streaming services, banners on websites, and ads strategically placed on social media platforms. According to David Jernigan, the director of the Center on Alcohol Marketing and Youth and one of the authors of several studies on the issue, “The bottom line here is that youth are getting hit repeatedly by ads for spirits and beer. As at least 14 studies have found that the more young people are exposed to alcohol advertising and marketing, the more likely they are to drink or, if already drinking, to drink more, this report should serve as a wake-up call to parents and everyone else concerned about the health of young people.”

A Look at the Advertising Statistics

Radio programming saw a similar increase. Twenty-five leading alcohol brands promoted alcohol on radio stations and shows that had a largely young audience (ages 12 to 20). More than two-thirds of young people exposed to alcohol advertising in 2004 were exposed via their favorite radio program.

But is all this increased exposure actually causing young people to drink alcohol? The answer is yes. According to the data, for each dollar the alcohol industry spends on youth advertising, young people drink 3 percent more each month. Each advertisement viewed by teens resulted in a 1 percent increase in the number of drinks consumed that month. And in geographic regions highly saturated by alcohol advertising, young people increased their drinking to the point where they were drinking an average of 50 alcoholic beverages per month by age 25, exactly what the alcohol manufacturers wanted.

Underage drinking is a serious problem in the United States. According to the National Institute on Alcohol Abuse and Alcoholism, about 25% of adolescents between the ages of 14 to 15 have drunk alcohol at least once. About 7 million young people between the ages of 12 to 20 report drinking alcohol beyond “just a few sips.” Furthermore, young people are more likely to binge drink than adults are. Quoting NIAAA research, “People ages 12 to 20 drink 4.0 percent of all alcohol consumed in the United States. Although youth drink less often than adults do, when they do drink, they drink more. More than 90 percent of all alcoholic drinks consumed by young people are consumed through binge drinking.”

Alcohol Advertising Should be Muzzled, Much Like Cigarette Advertising

There is a compelling body of information that suggests young people see alcohol advertisements, that alcohol manufacturers know this, that they’re not doing anything to stop it, and that it’s very possible that they intend for young people to see the ads. The evil nature of this issue is much like how pharma companies urged doctors to prescribe OxyContin to patients, knowing full well OxyContin was addictive and deadly.

For the health and safety of young people everywhere, Americans should demand that alcohol companies be muzzled in their advertising capabilities, much like tobacco, and cigarette companies have been. Quoting Michael Weitzman, MD, professor of pediatrics and environmental health at NYU Grossman School of Medicine and NYU School of Global Public Health, “The conclusion that the association between exposure to tobacco advertising and adolescent tobacco use are causal allowed for policy development that justified further regulation of tobacco advertising aimed at youth.” Then he went on to say, “The conclusion also set the framework to investigate a potentially analogous relationship with alcohol. The association of alcohol and tobacco advertising exposure and adolescent perceptions, knowledge of, and use of these substances are remarkably similar, adding to the much-needed evidence that the association between alcohol advertising and teen alcohol use is causal in nature.”

Using the same laws applied to tobacco advertising and applying them to alcohol advertising would improve public health across the U.S. and prevent countless young people from being exposed to advertisements that paint a misleading picture of alcohol. 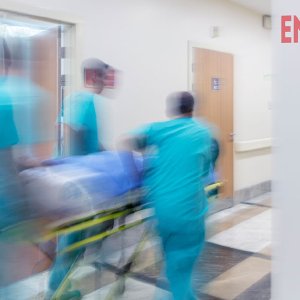 There is some data that suggests when people experiment with alcohol in their youth, this predisposes them to a long list of harmful effects later in life, addiction included. This provides yet another reason why parents should do everything they can to prevent their children from experimenting with alcohol. 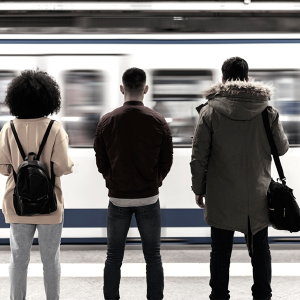