A common line you hear when trying to recruit someone to help you address any one of the many societal problems that face our nation is this classic phrase:

“That problem doesn’t affect me directly; why should I be concerned about it?”

It isn’t really a rude or inconsiderate viewpoint, but it is an ignorant one. It’s a naive viewpoint to have because we can find a way that just about any societal problem affects every one of us if we know enough about that problem.

Let’s take a look at alcohol addiction. While trying to raise awareness of the alcohol problem, I’ve heard variations of that line, “That problem doesn’t affect me directly, why should I be concerned about it?” countless times. And every time, upon further discussion on the topic, I find that the person I’m talking to has at best a vague idea about the width and breadth of the alcohol addiction crisis in our country today. Alcohol addiction is a serious affliction that affects millions of people. It’s a habit that causes people to be unable to solve problems and tackle life without drinking alcohol.

And as the majority of the population likely has little understanding of the severity of the alcohol problem, it might certainly appear that this problem does not affect all of us. But the more one knows about it, the more one starts to see just how all-encompassing this issue is. So let’s take a look at some of the ways in which alcohol misuse affects our society as a whole.

According to the National Institute on Alcohol Abuse and Alcoholism, “In 2014, alcohol-impaired driving fatalities accounted for 9,967 deaths (31 percent of overall driving fatalities).” That’s quite significant. It means that if we eliminated drunk driving from the picture, we’d immediately cut down on driving fatalities by 31 percent. That would mean over 3,000 lives saved per year.

“Drunk and drugged driving comes with a cost—and it is one that robs us of mothers, fathers, sisters, brothers, spouses, and friends.”

Drunk driving is a sad yet obvious example of how alcohol misuse affects us all. The Mothers Against Drunk Driving group says it best in their mission statement, “Drunk and drugged driving comes with a cost—and it is one that robs us of mothers, fathers, sisters, brothers, spouses, and friends. The mission of Mothers Against Drunk Driving (MADD) is to end drunk driving, help fight drugged driving, support the victims of these violent crimes, and prevent underage drinking.”

The very existence of the MADD group tells us that alcohol misuse does affect even those of us who do not drink heavily and who do not have family members who do so.

Problems in the Workplace

Alcohol misuse in the workplace is another problem that affects our society as a whole. According to the National Safety Council, “Employees with an alcohol use disorder miss on average 34% more days than other workers and are more likely to experience a workplace injury.” And what happens when one of those injuries involves multiple people? And an alcohol user can get into a workplace accident and hurt other coworkers in the process as well. Or on a lesser but still relevant note, what about when an alcohol user’s injury causes him to miss work? What about when that missed work, in turn, results in other employees having to cover for them? Those other employees themselves can become overworked and burnt out as a result.

The Financial Toll on the Nation

These costs manifest in a variety of ways, from healthcare costs, lost workplace productivity, accidents, injuries, theft, collateral damage, etc. The economy suffers from alcohol addiction, and the economy is something that affects us all.

“Alcoholism and other drug addiction have genetic and environmental causes. Both have serious consequences for children who live in homes where parents are involved.”

What kind of society are we creating if millions of children are growing up in homes rampant with alcohol addiction? Few people know it but, according to the National Association for Children of Alcoholics, “Alcoholism and other drug addiction have genetic and environmental causes. Both have serious consequences for children who live in homes where parents are involved. More than 28 million Americans are children of alcoholics; nearly 11 million are under the age of 18.”

(While genetics may play some part in deciding who develops problem alcohol use, it’s likely not the largest factor as an environment in which alcohol use is accepted and even encouraged is more likely to lead to later alcohol use. In either case, alcohol use certainly has an effect on the family.)

Who could say that the existence of alcohol addiction does not affect them if they knew that 28 million American sons and daughters were the children of alcoholics? That means that a significant percentage of the next generation who will take the reins of the country are going to do so after having grown up in an alcohol-ridden family. That affects all of us.

Alcohol Is a Major Factor in Sexual Assault

According to a research paper published by the NIAAA, “Conservative estimates of sexual assault prevalence suggest that 25 percent of American women have experienced sexual assault, including rape. Approximately one-half of those cases involve alcohol consumption by the perpetrator, victim, or both. Alcohol contributes to sexual assault through multiple pathways, often exacerbating existing risk factors.”

Here again, we have a clear example where a terrible event which occurs daily would be considerably reduced if people did not drink heavily.

Doing Our Part to Reverse the Cycle

Our country is mired in an addiction crisis. It’s not just alcohol addiction. We have an opioid epidemic too, and other drug problems that are on the rise as well.

If we want to live in a pleasant, ethical, moral, chaste society that has its eyes set on growth and a better future for generations to come, we all have to get concerned about helping those in our communities who struggle with an alcohol habit. If you are aware of someone who struggles with an alcohol habit, even if you are not related to them or indebted to them in any way, still do your best to help that person get into a treatment center. You’ll be saving a life in the process, and you’ll be drastically improving your community as well. True, it might be challenging to convince someone who you don’t know all that well to get help for an addiction, but sobriety for all of us is something worth fighting for.

While no addict should be condemned or vilified for their addiction, they must get help as soon as possible. And for would-be mothers who are addicted to alcohol, the stakes are that much higher. 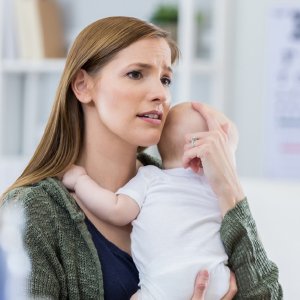 When considering the broader societal cost of alcohol addiction, the first place one should look is within the family of the addict. Given that children are often the first ones to be adversely affected when their parents use substances, this fact alone should serve as a compelling incentive to seek treatment. 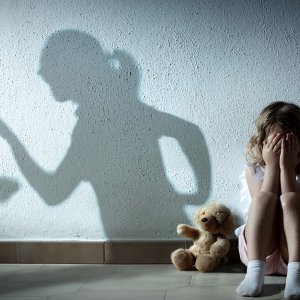