I Learned that I Can Be Whatever I Want to Be

Before I came to Narconon I was homeless, my stepdad and I didn’t get along so I decided to leave the house. I lived on the streets and started doing drugs.

One night someone showed me how to smoke meth and that was the biggest mistake that I’ve made in my life. I never used meth before so I told myself that I’m going to try it once only, but I ended up addicted to it and homeless for 4 years.

While I continued to destroy my life by smoking meth, my mom convinced me to come back home. I came back again, but then I talked to the people I had hung around before when I was addicted to meth and ended up going back on drugs.

I was having withdrawals at the house, so my mom decided to put me in rehab. That is when I came here to Narconon Arrowhead in Oklahoma. I did the first part of the program, which is the withdrawal. Then after that, the sauna helped me clean my body of all the meth in there. Then objectives helped me to confront and be in the present time, then the next step was life skills. That was the hardest part of the program because, for me, writing about my past was very hard, I had a hard time confronting my past but I still passed all the steps of the program. While doing the program I learned to be more social again compared to when I used to be before, because I’m kind of shy. I met a lot of very good people and worked with them.

“I learned how to confront all the problems
that I avoided before.”

Since I finished the program and graduated from Narconon Arrowhead, I learned how to confront all the problems that I avoided before. In present time I don’t talk to all the people that I hung out with before I came to Narconon. I learned that I can be whatever I want to be and I decided to continue my life here as staff at Narconon by being the Kitchen In-Charge.

I am cooking foods that I never did before and I’ve been more productive in my life like I never did before. I learned that a person cannot solve problems by using drugs or avoiding them, that we need to confront our problems, face them and deal with them. I didn’t know that before, but I know now how to deal with my problems, and I keep applying all the tools that the Narconon program taught me. I’ve been happy in my life compared to my life before when I was on drugs.

I started a new productive life now and I am very proud of it. The biggest achievement I accomplished in my life was this past October 8th, 2022 when I was clean and sober for a year and I’m happy for that. I know that I made the right decision by coming here and going through rehab.

I Regained the Ability to Have Confidence, Focus, and Be Able to Confront

When I came to do the Narconon program I didn't feel that I had a problem with drugs, I thought that I would stop using any time I wanted. I was wrong. I was hurting myself and my family, and with the help of an interventionist and my mom I came to Narconon Arrowhead. 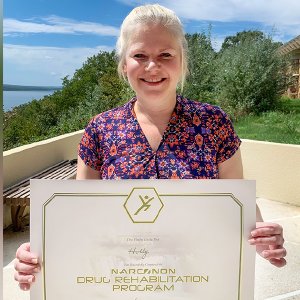 Anything Is Possible by Getting the Right Support

I have been sober for a year and a half and I’ve been happier than ever. 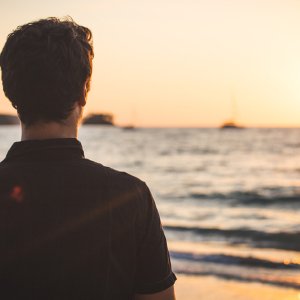