I Lost My Wife, My 3 Kids, and My Multi-Million-Dollar Business

I just celebrated 17 years sober. I started the Narconon program at Narconon Arrowhead mid November 2003 and I graduated from the program in March 2004.

I was born and raised in Dallas Texas. Family events and family, in general, have always been very important for me. I love holidays, Christmas and skiing.

Life before drugs was good. I worked in sales and owned a business that my former father-in-law left me and his daughter. I was very productive and got it rolling without even having a college degree and I was under 30 years old.

Once I started using drugs my business started going down, people walked away from it and things started doing downhill.

My history with addiction all started with alcohol through Junior High. I was using fake IDs in order to get beer, that was a Friday and Saturday night, weekend type of a deal. Then it progressed to hallucinogenics, mushrooms, acid, and ecstasy. I got introduced to that in High School. I was using pretty much anything I could get my hands on that did not kill me the first time I used it.

When I got married my wife discovered I was using weed, she was very anti-drugs and for her, that was the same as if I was using heroin. She took the kids and wanted a separation. We got divorced and that’s when I went to the deep end, I started using meth, and I was using anything I could get my hands on. I did not realize how bad it was until I totaled my 4th car by hitting a tree and I was not able to figure out how to get out of the car. At that point, my sister had enough and decided to organize an intervention.

Drugs basically got me in a place where I could not make the right decisions. I lost my wife, my 3 kids, my multi-million-dollar business. I lost it all. Sometimes when people say they have lost it all, I question that because of how much I had to lose myself.

After the intervention and after deciding to get help, I went to Narconon Arrowhead. After a couple of weeks of being there, I was able to clear up my head and I realized it was a good place. There were caring staff members and a few things there that helped me get adjusted.

You could tell the staff had been there and done it themselves, rather than coming from a “reading from the book” standpoint.

As I progressed through the program I had many wins. First, finishing sauna (New Life Detox) was a huge win. That was big. Throughout the program, I learned many tools that I carried on with me. These are tools that helped me examine things in detail and helped me figure out things that I have not been able to figure out before. Narconon Arrowhead saved my life. It was like getting a 4-year college degree in a very short period of time as I was there for 2 months and 3 weeks.

“It gave me a sense of accomplishment, I concluded a very important step and I was ready to start my new life.”

When I graduated I was excited, my parents came and gave a speech. It gave me a sense of accomplishment, I concluded a very important step and I was ready to start my new life. The relationship with my family is amazing now.

My advice to those in active addiction is to reach out to Narconon so they can talk to a professional and get professional advice on what they need to do to get it fixed without trying to do it on their own.

I advise those early in recovery not to try and “test” the skills you have learned, in other words, do not put yourself in a situation where you have to use these skills, it is not worth it. That’s what a lot of people struggling with addiction do.

Narconon Arrowhead saved my life and after graduation, I decided to dedicate my life to give people the same opportunity that was given to me by doing professional interventions which I have now been doing for the past 17 years.

Sachi loves to help others and has been working in and with L. Ron Hubbard Social Betterment programs for 11 years. You can follow her on Twitter or LinkedIn.

My Pride Stopped Me from Seeking Help

My heart didn’t ache because of a medical condition, it ached because I no longer loved myself and I couldn’t feel love from others. I was constantly numb, all except for my aching heart. I prayed to feel love, I prayed to feel Joy but all I felt was an empty void. 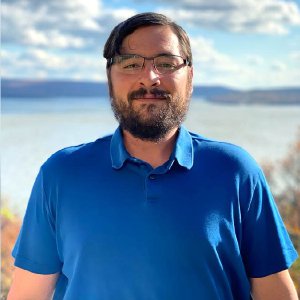 I Am SOBER Despite COVID-19

I’m very happy to be a graduate of the Narconon program as this program gave me the gift of a new life! I got tons of wins on each step of the program which I would like to share. Though I live in the US, as I am originally from Kazakhstan, I started my program in the Narconon of Moscow. 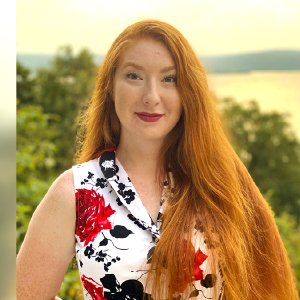