The Rise of Meth Addiction in America

For the last two decades, the American people have struggled with a National Public Health Emergency. The news is mostly about the opiate crisis, an addiction epidemic that has caused hundreds of thousands of deaths and millions of lives ruined.

But opiates are not the only drug problem in America. While most of the attention has been focused on the opiate epidemic and the shocking death toll attendant with it, another sinister evil has risen. Meth addiction has become far more prevalent in the last several years. And to make matters worse, meth-related deaths are also skyrocketing.

The Scope of Meth Addiction

Meth addiction is a growing problem. According to data from the 2017 National Survey on Drug Use and Health, about 1.6 million Americans had used meth in the prior year, at least 774,000 in the past month. The average age of an individual when he or she uses meth for the first time was 23 years old. In 2017, close to one million Americans struggled with meth addiction, a significant increase from the 684,000 people who had addictions to meth just one year prior.

Another problem is the hyper-focus of meth addiction. For example, while alcohol addiction is a widespread problem all across the country, meth addiction tends to be more regional. Yes, meth is available virtually everywhere in the United States, but some regions (like the West and Midwest) are experiencing severe and overwhelming meth problems. In fact, law enforcement in several West Coast cities cite meth as the single most significant drug threat in their jurisdictions.

Meth-related deaths are on the rise, too. Nationwide, overdose deaths related to meth went up by 7.6 times from 2007 to 2017. About fifteen percent of all drug overdoses in 2017 involved methamphetamine.

How Did Meth Become a Truly Lethal Drug Problem?

From 1999 to 2007, there was very little fluctuation in meth-related overdoses. As a matter of fact, meth-related deaths stayed relatively low, at least compared to other street drugs. Then something changed. Manufacturers and dealers began mixing meth with opiates, creating a new hybrid drug that combined a potent psycho-stimulant “upper” (meth), with a sedative “downer” (opiates). The result was a surge in overdose deaths. For example, in 2007, 1,378 people died from meth-related overdoses. But ten years later in 2017, 10,333 people died from meth, with about 50 percent of those deaths involving an opioid.

In 2018, the most recent year we have data for, meth overdose statistics surged again. In that year, 12,676 people died from meth-related overdoses. It’s a shocking increase when the numbers are compared to meth-related deaths at the turn of the century. In 1999, 547 people died from meth-related overdoses. Granted, much of the more recent surges in meth deaths have to do with opiates being mixed into the meth. But that does not change the fact that the soaring death rate is a serious problem and it must be addressed.

According to another report, methamphetamine is the fourth most lethal drug in the United States, after fentanyl, heroin, and cocaine.

Meth addiction causes terrifying harm to the minds and bodies of those who fall prey to this crisis. Meth erodes the body from the inside out, severely damaging the heart, lungs, brain, central nervous system, nose, throat, mouth, teeth, and skin.

Furthermore, meth is highly addictive, able to hook people after just one use. And once one is addicted, they will not be able to get off of meth on their own.

While an addiction to meth is a dangerous crisis, it can be overcome. The safest and most effective way to tackle a meth addiction is to seek the help of a residential drug and alcohol treatment center.

Located in Canadian, Oklahoma and able to deliver comprehensive meth addiction treatment, Narconon Arrowhead is a residential drug rehab center that offers unique services that are proven and that work. If you know someone who is struggling with an addiction to meth, contact Narconon Arrowhead. At Narconon, no one has to be an addict for life, and no one has an incurable disease. Everyone has the potential to overcome their drug crisis, no matter how bad it is. Set your loved one on a path to a completely drug-free life by calling Narconon Arrowhead today.

While most people know that drug and alcohol addiction is risky to one’s health, most don’t know the gruesome details as to exactly how damaging drug use and alcoholism are to one’s health. When people abuse drugs and alcohol, they shave hours, days, even years off their overall lifespan. 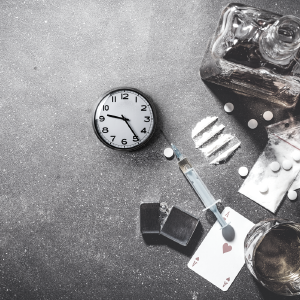 The Many Faces of Methamphetamine

Methamphetamine and crystal methamphetamine are both highly addictive, powerful, and dangerous drugs that cause immense damage to the body. These drugs are also extremely lethal, especially when smoked or injected. 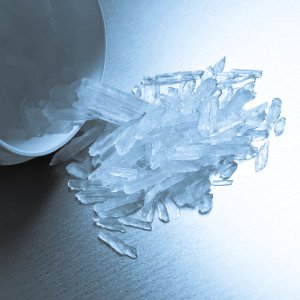