When we think of drug and alcohol addiction, we almost always think of grown adults or young adults. Sometimes we think of teenagers or adolescents. But we rarely think of senior citizens, the demographic over the age of 65. And that’s a big mistake. Recent studies suggest that the older generation is experiencing an increase in substance-abuse statistics, particularly as pertains to alcohol misuse and binge drinking.

That raises a lot of questions. One of the reasons why we don’t usually think of senior citizens when we consider the drug problem is because this is a demographic that traditionally does not experience significant substance-abuse problems. It’s difficult to imagine our grandparents misusing substances, but this is definitely happening.

Why is there an increase in substance abuse—mainly binge drinking—among the elderly? What underlying issues and problems could be causing this?

The Wiley Library Online shared a study in July 2019. The study was titled “Binge Drinking Among Older Adults in the United States, 2015 to 2017.” The original research paper also appears in the Journal of the American Geriatrics Society.

“Alcohol use is increasing among older adults, with concomitant increases in unhealthy alcohol use…”

That’s a pretty concerning introductory paragraph to a research paper—and it gets worse. Again according to the study: “Of 10,927 respondents, 10.6% were estimated to be current (past‐month) binge drinkers. Binge drinkers were more likely to be male, have a higher prevalence of current tobacco and/or cannabis use, and have a lower prevalence of two or more chronic diseases compared to both nondrinkers and those who used alcohol in the past month without binge drinking. … The most common chronic disease among binge drinkers was hypertension (41.4%), followed by cardiovascular disease (23.1%) and diabetes (17.7%).”

So not only are far more seniors misusing alcohol than we ever thought, but there is a strong correlation between senior alcohol misuse and chronic diseases like hypertension, diabetes, and cardiovascular disease.

While it could be said that every age group faces challenges, it could also be noted that seniors face a unique range of problems in life. These could be increasing health demands, decreasing physical and mental capabilities, financial constraints, deaths within the family, depression, etc. Any senior might choose to drink alcohol excessively as a means of coping with the challenges that one’s golden years unfortunately bring.

We can extrapolate a few different reasons why binge drinking is on its way up. Some theories might indicate that substance abuse is merely becoming more common in the U.S., and that trend has finally spread to the older generation. Other arguments might suggest that a recent dip in life expectancy and overall health in the U.S. might also be a factor. Another relevant point to make is that substance abuse is a personal crisis, brought on by individual reasons. It’s tricky to say why so many seniors are turning to alcohol misuse. But that is what is occurring.

What Can We Determine from the Research?

The United Press International also published data on this subject, basing much of their conclusions off of the study cited above.

The UPI article talked about how, as people get older, it is essential that they lower their drinking levels, not increase them. It’s well established that alcohol misuse can exacerbate adverse physical conditions as one ages, hence the need to cut back on drinking.

“By definition, binge drinking means drinking to the point of intoxication. In older adults, that increases risks of falls, other accidents, blackouts, cognitive impairment, depression, and suicide.”

Dr. James Garbutt, the medical director of the Alcohol and Substance Abuse Program at the University of North Carolina at Chapel Hill, commented on the study: “By definition, binge drinking means drinking to the point of intoxication. In older adults, that increases risks of falls, other accidents, blackouts, cognitive impairment, depression, and suicide.”

Dr. Garbutt also talked about how alcohol misuse in seniors makes high blood pressure worse and is a significant factor in the onset of dementia.

How Do We Reduce Senior Alcohol Misuse Statistics?

Dr. Garbutt had this to say about reducing the growing problem: “It seems we need to educate older adults about these risks and encourage them that if they are going to drink alcohol, to limit intake to one to two standard drinks and try not to drink daily. Reducing or stopping drinking could be one of the best things they do for their health, and many are surprised at how good they feel.”

And that’s a good start. However, that won’t be enough for those seniors who binge drink to the extent where it becomes a real, chronic problem, where they are already hooked on drinking. For a senior citizen who is binge drinking, the best solution for them is to enter into a residential drug and alcohol addiction treatment center.

When people get older, their bodies become less capable of handling complications and difficulties. That is why it is so crucial that senior citizens seek professional help from residential rehab centers. They need support for the behavioral, psychological, spiritual, and personal reasons and underlying issues that brought them to alcohol misuse in the first place. But they also need the physical help of a residential rehab program to ensure that they can withdraw off of alcohol in a manner that is safe and effective. 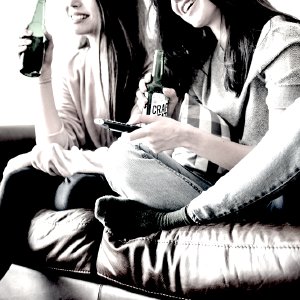 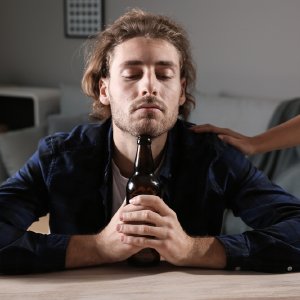