What Is the True Cost of Alcohol?

What is the average life span of someone addicted to alcohol? What financial problems do they face? What about the loss to the workforce, damage to the family, and all of the health problems resulting from their use of alcohol? What are the often unseen costs of alcohol poisoning and drunk driving to society?

Alcohol is often erroneously considered a harmless substance, merely because it is legal and heavily advertised in the United States. Alcohol advertising alone is a multi-million dollar annual industry, a massive campaign by alcohol corporations to get more Americans to drink more alcohol.

Add to the equation peer pressure, the seemingly universal presence of alcohol at social gatherings, restaurants, and events, along with the cultural significance of alcohol. It can be challenging to look past the considerable role that alcohol plays in American society and simply examine the harmful effects of alcohol consumption and misuse.

But we need to have this conversation because alcohol is harmful, causing tens of thousands of deaths each year and ruining as many families.

According to a Reuters report, consuming just one alcoholic drink per day has been linked to lower life expectancy. The report indicated that the more one drinks, the lower their life expectancy becomes.

While it’s been known for some time that alcohol misuse and alcohol addiction drastically shortens a person's lifespan, what the report revealed that was not known prior was that even moderate drinking could reduce lifespan.

Sure enough, the study revealed that people who drink less than 100 grams of pure alcohol each week were likely to live six months longer than those who consumed 100 to 200 grams of alcohol weekly.

“This study challenges some of the recommendations for healthy alcohol consumption, in particular for men, where we recommend up to two drinks a day in the U.S., twice the amount associated with higher risk of premature death seen in this study.”

Dr. Eugene Yang of the University of Washington School of Medicine in Seattle commented on the findings. “This study challenges some of the recommendations for healthy alcohol consumption, in particular for men, where we recommend up to two drinks a day in the U.S., twice the amount associated with higher risk of premature death seen in this study.”

Alcohol and its Effect on the Body

When people drink alcohol, it harms virtually every area of their body. Considering a few:

Also according to the NIAAA, about 95,000 Americans lose their lives to alcohol every year. Roughly 10,000 of those deaths are the result of drunk driving accidents.

Approximately ten percent of American children grow up in households with at least one parent who misuses alcohol. This is very concerning, as exposure to alcohol misuse in one’s childhood is a direct contributing factor to alcohol addiction later on in life.

Alcohol consumption is also an extremely costly problem for the American people. Also according to the NIAAA, alcohol misuse costs the U.S. about $249 billion each year.

Alcohol addiction is not just a severe issue in the United States. It’s a global public health problem. According to the World Health Organization, about three million global deaths are the direct result of alcohol misuse. That number represents more than five percent of all global deaths. Again according to the WHO, alcohol is a direct contributing factor to over 200 diseases. Alcohol also claims people’s lives long before their time. Globally, about 13 percent of the people who die in their 20s and 30s die from alcohol-related causes.

There is no question that the real cost of alcohol is extreme. Physical harm, reduction in life expectancy, lost workplace productivity, family problems, psychological problems, and financial difficulties are just some of the virtually endless tolls that alcohol misuse exacts on those who partake in this activity.

If you know someone who is misusing alcohol, please do everything you can to get them help. Assist them in getting into a drug and alcohol addiction treatment center as soon as possible. Narconon can help save someone’s life from alcohol addiction, but you have to take the first step by getting your loved one willing and ready to seek help.

When we think of drug and alcohol addiction, we almost always think of grown adults or young adults. Sometimes we think of teenagers or adolescents. But we rarely think of senior citizens, the demographic over the age of 65. And that’s a big mistake. 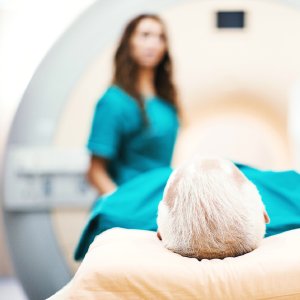