Tulsa, Oklahoma Sets the Stage for Directing Addicts to Treatment, Not Jail

Good news out of Tulsa, Oklahoma. The city implemented a “sobering center” about six months ago—a facility where individuals detained for public intoxication can go instead of jail. Sobering centers are good alternatives to jail time, as such centers specialize in referring addicts to addiction treatment and recovery instead of just putting them through time served. These programs are exactly what we need. Efforts which direct substance abusers towards treatment and away from jail time should always be supported.

Highlights of the Tulsa Sobering Center

The Tulsa Sobering Center has been in operation for half a year, and the program has been a success so far. Sixty percent of Tulsa’s municipal arrests are for public intoxication, so a program which keeps problem alcohol users out of jail and puts them in a treatment-friendly program instead is highly valuable.

When someone is arrested for public intoxication in Tulsa, it’s usually one of two different kinds of people. It’s either a first-time offender who made one mistake that they likely won’t make again, or it’s someone with a severe alcohol problem. Either way, the arresting officer offers the arrestee a choice. The arrestee can spend the night in jail (no referrals to addiction treatment), or they can spend the night and part of the day in the Tulsa Sobering Center, (a much more pleasant place to stay, plus referrals to treatment centers).

Arrestees almost always opt for the sobering center over a jail cell.

According to a U.S. News article which covered the sobering center, Oklahoma is currently number one in the United States for incarceration rates. While the Tulsa Sobering Center might be the first of its kind, one would hope that such a program would catch on in cities all across the state, lowering incarceration rates and giving alcoholics a workable transition into rehab centers instead of jail cells.

So far, 391 people have been checked into the Tulsa Sobering Center in the last six months. Only 21 of them have been taken there more than once. 47 people have entered into one of the substance abuse treatment programs in the network, and 20 people have used the sobering center’s resources to enter into even other, much longer, ongoing-recovery programs. Those are some pretty impressive statistics for a brand new idea in Tulsa that’s only had its doors open for six months.

We also need to consider the efficiency and savings for the city that the sobering center offers. Jailing someone for public intoxication is not only expensive (about $69 a day), but it’s also time-consuming. An arresting officer spends about 90 minutes on paperwork for booking a publicly intoxicated arrestee. That’s 90 minutes that the arresting officer should be spending on his beat, looking for real crimes. The sobering center is cheaper and faster than jailing arrestees.

Not only is the Tulsa Sobering Center immensely helpful for local addicts and excessive drinkers, but it’s useful to the city and law enforcement division, too.

Tulsa’s Sobering Center is similar to Seattle’s LEAD program (Law Enforcement Assisted Diversion). LEAD is a program in Seattle, Washington and King County which seeks to direct drug and alcohol offenders away from jail time and into treatment centers. In Seattle, when someone is arrested for drug use, alcohol misuse, or drug possession with no intent to distribute, and for other non-violent, but drug-related crimes, police officers can transfer the arrestee to a qualified addiction treatment center instead of a jail cell.

When such arrestees are transferred to addiction treatment rather than a jail cell, they have a chance to address the issues that turned them to such lifestyle choices in the first place. Furthermore, such efforts keep low-level offenders out of the criminal incarceration system and that protects them from having a life-long criminal record.

We are going to start seeing more programs like these in the future—and that’s a good thing. Such programs provide an invaluable service of transitioning addicts into the right type of care that they need to get better. Historically, our nation has been severely lacking in public services which get the treatment process started for struggling addicts. Most addicts never get help because they don’t know how or where to get help in the first place. Programs like the LEAD program and the Tulsa Sobering Center serve as a point of first contact, directing substance users who become involved with law enforcement directly into treatment as opposed to incarcerating them.

Programs like these fly in the face of the decade’s old “War on Drugs” dogma. And that’s a good thing. The war on drugs hasn’t worked in the four-plus decades that it’s been in effect. Going forward, we need to focus on treating addiction, not punishing those who suffer from it.

Could Such Programs Create Nationwide Changes?

The next focus needs to be on getting programs like the Tulsa Sobering Center and the Law Enforcement Assisted Diversion (LEAD) program recognized by state and national policy. We need state congressmen and congresswomen to draft statewide policy to support and fund such programs. Non-profit organizations and private donations funded the Tulsa Sobering Center, and the annual operating cost of the program is paid for by the City. It is a similar story for the LEAD program. If we are going to see programs like these really take off, we’ll have to vote in representatives and senators who support such programs and who will see to it that programs like these become standard fixtures in all U.S. cities.

Seattle, Addiction, and Getting Addicts Help

There are lots of ideas about how to tackle addiction, many of them excellent ideas. But one concept is agreed upon amongst a considerable majority of Americans: We need to move away from the constant criminalization and incarceration of addicts and drug users. 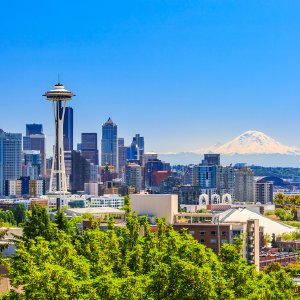 How Should We Treat Addicts in Our Society?

We can all agree that our nation is struggling with a difficult substance abuse crisis. But what we can’t seem to agree on is how we are going to address this problem. Time and time again, we have the proof displayed for all to see that rampant incarceration, stereotyping, and criminalization of drug users does not work.