When men and women become dads and moms, they want to create the best possible environment for their newborns. They want to nurture and love their children, and they want to ensure their kids have the greatest, healthiest, safest, and most enjoyable lives possible.

New parents often go to great lengths to guarantee the safety and health of their newborns. However, when one or both of the parents struggle with a drug habit or a drinking problem, that makes creating a safe environment for their child extremely difficult.

And as though that wasn’t bad enough, there is new research which suggests that substance abuse during and even before pregnancy can affect one’s progeny.

What does all this lead up to? It tells us, reminds us really, of the utter importance in getting clean and sober before conceiving a child.

Alcohol Use Before Conception

Historically, very little attention has been paid to the health of fathers-to-be, in regard to the health of their future offspring. But with advancements in science and genetics, we can now determine how a father-to-be’s health patterns can affect the health of his future family.

While it’s well known that expecting mothers should not drink while pregnant, the data that expecting fathers should also abstain from alcohol even before conceiving is quite new. And yet this is just one of many examples of why men who want to become fathers should cease drinking and drug use before conceiving. And if they have an addiction or dependency on drugs or alcohol, they should absolutely seek help at a qualified treatment center before conceiving. Not only is it in the best interests of their future children biologically, but it’s also in the best interests of their future children merely from the standpoint of bringing children into a sober, drug-free home.

Marijuana Use Before Conceiving

As legal access to marijuana continues to expand across the United States, men in their child-bearing years should seriously consider the effects that marijuana use could have on their offspring. In fact, studies show that marijuana use influences a man’s sperm, and that could have an adverse effect on his progeny.

Scientists have found that THC affects epigenetics, triggering both structural and regulatory changes in the DNA of a cannabis user’s sperm. And while the research is unclear as of yet to precisely what kind of effects marijuana-influenced sperm will have on offspring, medical experts are now recommending that fathers-to-be cease all usage of cannabis products for up to six months before conception.

Even though the scientific analyses are still forthcoming, we can hypothesize on some of the changes to be expected in infants born to fathers who used cannabis prior to conceiving. According to the research, the sperm DNA most affected by marijuana were the genes responsible for helping bodily organs reach their full size as well as the genes that regulate body growth during development. What we may start seeing due to increased access to marijuana and more expecting fathers using marijuana is an increase in congenital growth defects or developmental defects among newborns. This is why drug-free living before, during, and after pregnancy is so important.

Drinking and Smoking During Pregnancy and Sudden Infant Death Syndrome

In yet another, concerning discovery, it was found that children born to mothers who drank alcohol and smoked cigarettes beyond the first trimester had a 12-fold increased risk for Sudden Infant Death Syndrome. That's compared to moms who didn't smoke or drink at all or who ceased smoking and drinking after the first trimester.

Sudden Infant Death Syndrome [SIDS] means much as it sounds. It is the sudden and unexplained death of an infant under one year of age. Apparently, it is the synergistic effect of both drinking and smoking during pregnancy that creates this troubling increase in risk for SIDS. One or the other is bad enough by themselves, but both drinking and smoking combined seem to create a particularly severe degree of harm. Without a doubt, pregnant moms should abstain from alcohol, cigarettes, drugs, and other unhealthy substances.

Getting Clean Before Getting Pregnant

It is a bit eye-opening to learn just how much the general health and the daily habits of both mothers-to-be and dads-to-be have an impact on future children. It’s eye-opening to learn that such practices have an effect during pregnancy and even for months leading up to conception.

All of this data further enforces the notion that men and women who want to have children absolutely must get clean from drugs and alcohol before they conceive. Giving a newborn the best chances for a healthy body and a safe environment to grow up in is crucial. Parents can’t do any of that when they struggle with addiction. The right thing to do is to get off of drugs and alcohol first, to get one’s health and life in order, to kick a drug habit for good, and then to move on to the next phase of creating a family.

If someone you care about is planning on having kids but is still struggling with a drinking problem or a drug use habit, make sure they seek help at a residential drug treatment center. Drinking and drug use benefits no one, not even those who have yet to be born.

What Drugs are Sending Oklahomans to Rehab?

Knowing what drugs are sending the most Oklahomans to rehab enables families to have a good idea of what drugs their loved ones might be using. Narconon explains what to watch for. 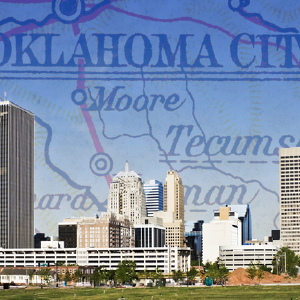 Any parent feels pretty helpless when one’s child faces crises and pain. John is a middle-aged man with a good heart, great intellect, and a sense of humor. I knew that the choice of when and how to deal with his alcoholism had to be his. I am VERY grateful that John searched carefully connected with good people experienced a program which has been fine-tuned for decades and found the location where he and staff members could work together toward what he needed and wanted most—another chance to live a good and happy life.