Benzodiazepines – the Silent Killer That No One Talks About

When it comes to addiction in 21st-century America, almost all of our attention is focused intently on opioids.

In October of 2017, the Trump Administration labeled the opioid epidemic “The National Public Health Emergency.” But what about the country’s other drug problems? In fact, what about our addiction to pharmaceutical benzodiazepines— a prescription drug class which is just addictive and potentially lethal as opioids?

A contributor to the Washington Post, Mr. Keith Humphreys wrote, “Overdose deaths involving benzodiazepines increased more than 8-fold from 2000 (1,298 deaths) to 2016 (10,684 deaths). A massive increase in prescribing facilitated this horrifying rise in mortality. Between 1996 and 2013, the quantity of benzodiazepines doctors provided to Americans more than tripled.”

Mr. Humphreys is citing data from a research project published at the U.S. Library of Medicine. Mr. Humphreys is trying to raise awareness of the fact that the U.S. is also struggling with other severe addiction problems and not just opioids. And he’s right. We can’t focus entirely on the opioid problem, because it is not the only addiction problem on our plates right now.

First, let’s briefly define what benzodiazepines are. One Medical authority WebMD succinctly describes benzodiazepines in just four sentences, even touching on the addiction risk in the very definition of the drug itself: “Benzodiazepines are a type of medication known as tranquilizers. Familiar names include Valium and Xanax. They are some of the most commonly prescribed medications in the United States. When people without prescriptions obtain and take these drugs for their sedating effects, use turns into abuse.”

Benzodiazepines are easily one of the most widely prescribed classes of medication in the U.S. These drugs are everywhere. They’re used to treat anxiety, insomnia, panic attacks, and other struggles.

Benzodiazepines influence the brain by enhancing the effect of the GABA neurotransmitter. GABA is responsible for producing a calming effect, easing nerves and tension, and making it easier to fall asleep. When the brain’s GABA neurotransmitters are not functioning correctly, the person may feel anxious, agitated, paranoid, and might have trouble sleeping.

When taken as directed, benzodiazepines can be useful. But there is a considerable addiction risk, even when taking them exactly as prescribed.

If someone has become dependent on benzodiazepines, it is crucial that they do not suddenly stop therapy cold turkey. Stopping cold turkey can result in tremors, muscle cramps, and life-threatening seizures. Therefore, it is important to taper off benzodiazepines slowly with professional help.”

Though benzo drugs offer some benefit, there is a considerable amount of risk too. Is using benzo drugs worth it?

Here’s another factor worthy of mention. Most of our attention on drug matters go to the opioid epidemic, and understandably so. The opioid epidemic is a serious issue — but some new information has emerged. The National Institute on Drug Abuse research found that no less than thirty percent of all opioid overdoses involved a benzodiazepine drug!

“Every day, more than 115 Americans die after overdosing on opioids. However, between 1996 and 2013, the number of adults who filled a benzodiazepine prescription increased by 67%,
from 8.1 million to 13.5 million.”

According to NIDA, “Every day, more than 115 Americans die after overdosing on opioids. However, between 1996 and 2013, the number of adults who filled a benzodiazepine prescription increased by 67%, from 8.1 million to 13.5 million. Combining opioids and benzodiazepines can be unsafe because both types of drug sedate users and suppress breathing—the cause of overdose fatality—in addition to impairing cognitive functions.”

What this tells us is that there are layers to the opioid crisis. It is not just an opioid crisis. Other drugs, addictions, habits, trends, and circumstances weigh in, complicating the issue.

The current drug crisis shouldn’t be called the “opioid epidemic,” per se, rather it should be called the “drug addiction epidemic.” Such would set the focus on all addictive drugs — not just on opioids.

The Importance of Helping Someone Who Is Hooked on Benzos

According to the article, “Benzodiazepine Toxicity” by doctors Michael Kang and Sassan Ghassemzadeh, “In 2013, 2% of the United States population (12 years or older) had consumed benzodiazepines or barbiturates for non-medical use. From 1996 to 2013, benzodiazepine prescriptions increased by 2.5% each year making it one of the most prescribed medications in the world. Substance abuse and disorder treatment centers reported admissions for benzodiazepine abuse as the sole primary substance or drug of choice, to have increased by 109% between 2003 and 2013.”

So clearly, the United States is in an addiction epidemic with benzodiazepine addiction as well as opioid addiction. The only difference? Benzodiazepines do not garner even a fraction of the media coverage and national attention that opioid dependence gets.

We have to change that. We need to start treating addicts equally, not prioritizing the treatment of one type of addiction over the other. Benzos are just as addictive and potentially lethal as opioids. Furthermore, the growth rate of benzo misuse is on a similar level as the growth rate for opioid abuse.

And last but not least, benzodiazepine abuse is tied with opioid misuse. These are drug problems which run hand-in-hand, so shouldn’t we treat them both equally?

Addiction is addiction. Anyone who suffers from a drug habit deserves equal attention in our efforts to help them. Saying that one type of addiction is worse than the rest and therefore deserves more of our focus is akin to saying a kind of cancer is worse than the rest and that we should prioritize treatment for patients with that type of cancer. We would never do this with cancer patients, so why do it with addicts? Let’s treat all addicts with equal efforts and attention, and let’s tackle the entire addiction epidemic — not just parts of it.

In the last year, several pharmaceutical lawsuits have come to the forefront of our attention. We can thank the media for that. But in this case, it’s a good thing that these lawsuits have been reported on so extensively. We’re speaking of course of the state and federal lawsuits against pharma companies for the hand that such organizations played in the creation of the opiate epidemic. 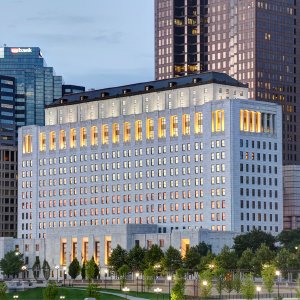