Overdose Deaths from Illicit Tranquilizers Up 520 Percent During Pandemic

Though benzodiazepine-related deaths did not earn significant media attention during 2020, this looming crisis is now coming under the public eye as recent CDC reports indicate overdose deaths from benzodiazepines soared during the COVID-19 pandemic, much like opioid deaths did.

And to make matters worse, findings suggest the two crises are connected. Most fatal benzodiazepine overdoses occurred in users who also tested positive for opioids at the time of death. This concerning factor suggests that there is a new cocktail of drugs that addicts are using, a mixture that includes opioids and benzodiazepines.

Worst of all, the new cocktail of drugs is lethal.

Benzodiazepines are a group of drugs that fall under the category of Central Nervous System Depressants, also called tranquilizers. Such drugs are sedatives and slow brain activity. Doctors sometimes prescribe benzodiazepines when patients struggle with acute stress reactions, difficulty sleeping, anxiety, muscle spasms, or panic. Some examples of benzodiazepines and their brand names include:

The misuse of benzodiazepines can lead to:

There is no doubt that benzodiazepines cause dependence and that they can be addictive. According to critical information published by the National Institute on Drug Abuse, “If a person takes CNS depressants long term, he or she might need larger doses to achieve therapeutic effects. Continued use can also lead to dependence and withdrawal when use is abruptly reduced or stopped. Suddenly stopping can also lead to harmful consequences like seizures.”

“If a person takes CNS depressants long term, he or she might need larger doses to achieve therapeutic effects. Continued use can also lead to dependence and withdrawal when use is abruptly
reduced or stopped.”

NIDA research indicates that not only can benzodiazepines be habit-forming, but that people can overdose on such drugs. Because benzodiazepines are a sedative, they act to slow brain activity, breathing, and heart rate. If the individual takes too much of the drug, breathing can slow to the point where insufficient oxygen reaches the brain, causing a condition called hypoxia. Hypoxia can have long-term effects on the nervous system, including coma and permanent brain damage.

Benzodiazepines also cause unpleasant withdrawal symptoms in those who try to stop taking the drug. These can include:

According to the Centers for Disease Control and Prevention, deaths involving illicit benzodiazepines surged by 520% from 2019 to 2020. In 2019, 51 Americans died from overdoses involving benzodiazepines. But in 2020, 316 people died from such overdoses. During this time, opioids were involved in most of the reported deaths. There was also a marked increase in hospitalizations in which patients experienced near-death overdoses on benzodiazepines.

A New Cocktail of Lethal Drugs that Include Benzodiazepines

A crucial factor to consider when examining the new threat of illicitly produced benzodiazepines is that, in 93% of benzodiazepine-related deaths analyzed, the addict died from both benzodiazepines and opioids. Two-thirds of the time, fentanyl was the opioid in question. Given that both opioids and benzodiazepines are depressants that slow brain function, breathing, and heart rate, using the drugs simultaneously (or using a cocktail of the two drugs combined) is extremely dangerous.

The Inherent Harm in Illicitly Produced Drugs; Similarities to the Fentanyl Crisis

One of the key factors to consider in the case of soaring overdoses related to benzodiazepines is that the overdose surge in 2020 had to do with illicitly manufactured benzodiazepines, not benzodiazepines that a patient was legitimately prescribed. For a comparison, deaths connected to prescription benzodiazepines did rise in 2020, but only by 22%.

Addiction Treatment; How to Help Save a Life from Benzodiazepine Addiction

Almost ten years later, no such drug has been made despite demands for a safer alternative.

For those who are currently addicted to benzodiazepines, opioids, or a combination of the two, addiction treatment must be sought out as soon as possible to avoid a potentially fatal overdose. If you know someone hooked on these drugs, whether they started taking benzodiazepines for legitimate reasons or not, please seek the help of a drug and alcohol addiction treatment center as soon as possible. Please don’t wait until it is too late to get help.

Benzodiazepines – the Silent Killer That No One Talks About

When it comes to addiction in 21st-century America, almost all of our attention is focused intently on opioids. But what about the country’s other drug problems? In fact, what about our addiction to pharmaceutical benzodiazepines, a prescription drug class which is just addictive and potentially lethal as opioids? 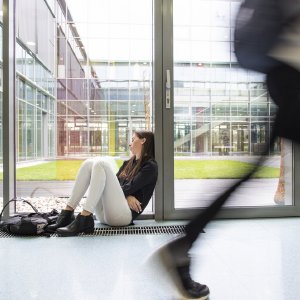