According to the National Institute on Alcohol Abuse and Alcoholism, young people who drink alcohol are more likely to be involved in a violent crime and alcohol-related traffic accidents, and to have problems in their schooling. And that’s just the tip of the iceberg (more on the statistics later). The important thing is that parents understand the need for them to talk to their kids about alcohol and that they do so.

But how does a parent have the conversation?

Tips for Talking to a Teen or Young Adult about Alcohol

Talking to kids about alcohol always sounds or seems more complicated and scary than it ends up being. Parents put a lot of significance on this conversation, right up there with asking a boss for a promotion or interviewing for a new job. The alcohol conversation will vary quite a bit based on the son or daughter, their age, their current feelings about alcohol, the parents’ relationship with them, and so on. But here are a few tips that any parent can use:

The Statistics—The True Harm in Teen and Young Adult Drinking

Several organizations publish critical data on alcohol consumption. The one referenced here is the National Institute on Alcohol Abuse and Alcoholism. According to a survey that NIAAA did, about 33.1 percent of 15-year-olds reports that they have had at least one drink in their lives. About 7.7 million young people between the ages of 12 and 20 say they drank within the past month. And that is just alcohol consumption, not binge drinking or heavy drinking.

As for binge drinking—defined as periods or spurts of heavy drinking followed by periods of abstinence—about 5.1 million young people (that’s 13.4 percent of this age group) engaged in binge drinking in the past month. That means that millions of kids from the ages of 12 to 20 are consuming alcohol in intensive, massive quantities every month.

The last classification of alcohol consumption is heavy drinking. Such is classified as drinking alcohol in excessive amounts and doing so frequently. According to the National Survey on Drug Use and Health (NSDUH) results, about 1.3 million people in the 12 to 20 age band admitted to substantial alcohol misuse in the last month. That figure represents about 3.3 percent of the total population of Americans ages 12 to 20.

“Research indicates that alcohol use during the teenage years could interfere with normal adolescent brain development and increase the risk of developing AUD [Alcohol Use Disorder].”

Let’s close the statistics section with this final word of warning against young adult drinking from the National Institute on Alcohol Abuse and Alcoholism: “Research indicates that alcohol use during the teenage years could interfere with normal adolescent brain development and increase the risk of developing AUD [Alcohol Use Disorder]. In addition, underage drinking contributes to a range of acute consequences, including injuries, sexual assaults, and even deaths—including those from car crashes.”

The Importance of Raising Sober Sons and Daughters

Parents need not buy into the societal pressures of allowing for frequent alcohol consumption. We live in a country where the alcohol industry is a $234 billion industry. Alcohol companies spend at least $2 billion every year advertising their products. Our sons and daughters see much of that advertising, and we’d be kidding ourselves to think that it does not influence them.

The truth is, there are ethical and moderate levels of alcohol consumption. But there is no ethical level of alcohol consumption for young people. According to former Surgeon General Kenneth Moritsugu: “Too many Americans consider underage drinking a rite of passage to adulthood. Research shows that young people who start drinking before the age of 15 are five times more likely to have alcohol-related problems later in life. New research also indicates that alcohol may harm the developing adolescent brain. The availability of this research provides more reasons than ever before for parents and other adults to protect the health and safety of our nation’s children.”

Alcohol Alcohol Abuse Prevention Alcohol Education teen drug use Addiction: How To Talk How to Talk to Your Kids About Drugs Talking about drugs teen alcohol abuse teen drug abuse teenagers Tips For Parents Tips To Talk To your Kids Underage Drinking
AUTHOR

Are Parents Doing Enough for Their Kids? How Poor Parenting Could Lead to Drug Abuse amongst Our Youth

Parents want the best for their kids. That’s nothing new. Parents are always looking for ways to be better parents, constantly seeking tools and strategies for adjusting their parenting in the best way possible. 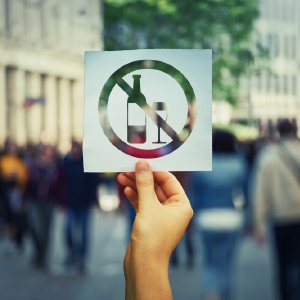